This weekend convention visitors will attempt to break the Guinness World Record for the “Largest Gathering of Videogame Characters.”

The current record, set at the London Games Festival on October 25, 2008, stands at 342 participants. So, if you want to best that record and bring it home to New York City stop by the Galleria at the Jacob Javits Center.

Here are the details:

Find out more info on this event at the official New York Comic-Con website RIGHT HERE. 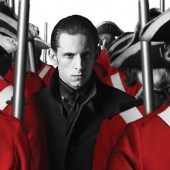