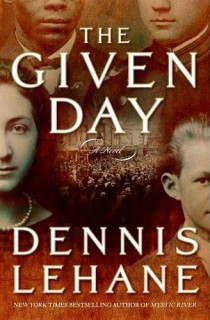 Sam Raimi is set to helm an adaptation of Dennis Lehane’s upcoming novel, The Given Day for Columbia Pictures. Columbia is the same studio Raimi worked with for three very successful Spider-Man films, with a fourth one in development. This is according to a report at Variety.

Apparently, Raimi is also working on a revival of the Jack Ryan franchise at Paramount.