The 300 Original Motion Picture Soundtrack – the innovative score to the upcoming feature film 300 – will be released by Warner Bros. Records on March 6th, three days before the movie, also distributed by Warner Bros., opens nationwide. The film, which stars Gerard Butler, Lena Headey, and Rodrigo Santoro, is based on the acclaimed graphic novel by beloved comic book writer and artist Frank Miller.

The film’s score was written and produced by Tyler Bates, a composer best known for his work on the zombie horror films The Devil’s Rejects (directed by Rob Zombie) and 2004’s Dawn of the Dead, directed by Zack Snyder, who also wrote and directed 300.

For the film, which recounts the epic Battle of Thermopylae that pitted 300 Greeks against the massive Persian Army in 480 BC, Snyder asked Bates to develop a compelling overall sound that would heighten the audience’s emotional reaction to the Spartans’ heroism and sacrifice. To do that, Bates created a sweeping orchestral and choral soundscape, recorded at the Beatles’ famed Abbey Road Studios, that embraced a tonal palette unusual for studio films. Iranian-born singer Azam Ali – whose haunting, exotic vocals have also graced various television and film soundtracks, including, most recently, The Nativity Story – supplies the voice of Sparta and the Persian threat.

Snyder has nothing but praise for Tyler’s score. “It moves the film into mythology,” he says, “cauterizing the images as you view them, making them something they could never be alone.”

In addition to the 25-track CD, Warner Bros. Records will release a special edition deluxe-version Digipak, which includes a 16-page booklet as well as three two-sided trading cards. 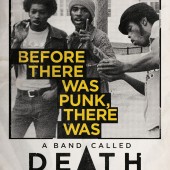