The proper function of man is to live, not to exist. I shall not waste my days in trying to prolong them. I shall use my time.

MI6 spy chief M (Ralph Fiennes) gathers Moneypenny (Naomie Harris) and others in the London to pay tribute to a fallen comrade, opening a book and reading a quote that calls back to the history of Ian Fleming’s James Bond series.

According to Yahoo Entertainment, the lines that M reads come from Jack London, an American novelist known for adventure books like The Call of the Wild and The Sea Wolf. The passage was first published in the San Francisco Bulletin in 1916, which said that the author "is known to have said these words, just two months before his death, to a group of friends with whom he was discussing life and living."

The words have another connection to the James Bond lexicon. The very same passage appeared in Ian Fleming's 1964 novel You Only Live Twice.

In the novel, the words are used to eulogize Bond after a newspaper obituary appears and the world mistakenly thinks that the famed British agent has been killed. MI6 agent and 007 love interest Mary Goodnight suggests “these simple words for his epitaph. Many of the junior staff here feel they represent his philosophy: ‘I shall not waste my days in trying to prolong them. I shall use my time.'” The book connection suggests that we shouldn't write off 007 for good.

No Time to Die offers other clues, including what M says just after reading the quote, "Let's get back to work." Additionally, at the very end of the credits, the franchise's trademark statement "James Bond will return" appears. 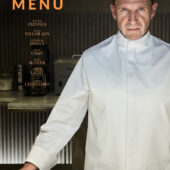