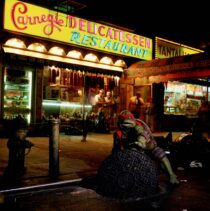 It has been 30 years since Teenage Mutant Ninja Turtles: The Movie, the live-action feature film adaptation of the cult indie comic book and popular animated television series landed in movie theaters. On Thursday, November 5th through Saturday the 7th, Fathom Events and Warner Bros., along with Leonardo, Michelangelo, Donatello and Raphael, invite moviegoers to come out of their shells and experience their favorite turtle-powered moments at hundreds of theaters around the country with Teenage Mutant Ninja Turtles: a 30th Anniversary Event.

After prolonged exposure to radiation, four teenage turtles – Michelangelo, Raphael, Leonardo, and Donatello – have mutated into ninjas and have begun living in the sewers of a large city. Under the guidance of a ninja master Splinter the Rat and television reporter April, the Turtles embark on a mission to run crime out of the city and battle the warlord Shredder.

Adapted from the early Teenage Mutant Ninja Turtles comics with characters created by Kevin Eastman and Peter Laird, the movie achieved the then-seemingly impossible feat of bringing its reptilian heroes to full live-action with a team of puppeteers and a voice cast led by Brian Tochi as Leonardo, Corey Feldman as Donatello, Josh Pais as Raphael, Robbie Rist as Michelangelo and Kevin Clash as Splinter, the Turtles’ master. The film also features Judith Hoag and Elias Koteas.

Directed by Steve Barron, produced by Kim Dawson, Simon Fields and David Chan, with a story by Bobby Herbeck and screenplay by Herbeck and Todd W. Langen, the film opened on March 30, 1990, TMNT immediately took the the No. 1 spot at the domestic box office, which it would hold on to for four weeks. Teenage Mutant Ninja Turtles would become one of the highest-grossing independent films of all time.

Find out more about at FathomEvents.com.