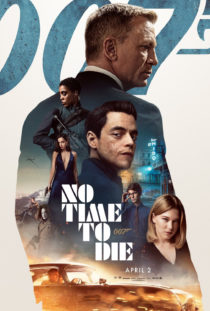 Deadline reports that MGM, Eon and Universal have postponed the next James Bond film, No Time to Die from its international release date of April 2nd, along with its U.S. Easter weekend April 10th release, and are moving the 25th 007 adaptation to November 25th, the day before Thanksgiving.

“MGM, Universal and Bond producers, Michael G Wilson and Barbara Broccoli, announced today that after careful consideration and thorough evaluation of the global theatrical marketplace, the release of No Time to Die will be postponed until November 2020. The film will be released in the U.K. on November 12, 2020 with worldwide release dates to follow, including the U.S. launch on November 25, 2020,” said a statement given exclusively to Deadline.

This release will bring James Bond back to his very familiar November release schedule, which the franchise has largely launched from since 1995’s Goldeneye (except for Tomorrow Never Dies’ December 1997 bow).

According to the report, the delayed release is purely an economic decision, and not based on growing fears over the COVID-19 Coronavirus. The Bond franchise is fully back in the hands of MGM after Sony’s distribution of the last four Daniel Craig spy films, and in tandem with Universal, the distributors apparently realized that all foreign territories need to be working at their maximum in order for the latest James Bond film to be a continued box office success.

So it looks like we’ll have to wait a few more months in order to dive into No Time To Die.