NBC is currently developing a Miami Vice reboot with Vin Diesel and Chris Morgan‘s production companies, The Wrap reports. Peter Macmanus (Spike’s The Mist) is writing the script, and executive producers have not been solidified, the report continues.

Universal Television, Diesel’s One Race Television and Chris Morgan Productions are behind the project. Morgan has worked as a screenwriter on the Fast and Furious franchise, in which Diesel stars.

Colin Farrell and Jamie Foxx top-lined the 2006 Michael Mann-directed film adaptation. No word on when the new TV series will premiere, nor whether it will be on NBC broadcast or a streaming platform. 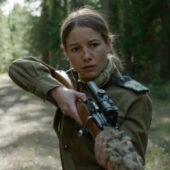