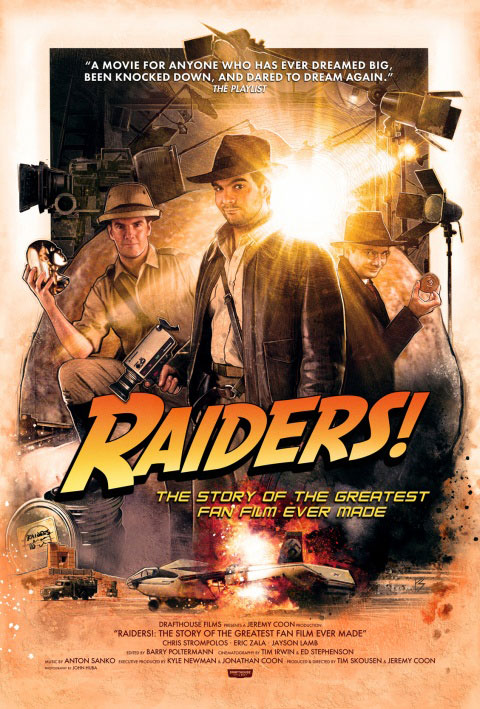 This weekend marks 35 years since the debut of iconic adventure-hungry archaeologist Dr. Henry Walton “Indiana” Jones Jr. in Stephen Spielberg’s cult classic adventure Raiders of the Lost Ark. Drafthouse Films is celebrating with countrywide screenings of their upcoming documentary release Raiders: The Story of the Greatest Fan Film Ever Made. The film is currently touring the country in a series of special double-feature screenings, alongside the film subjects’ own rarely-screened, shot-for-shot adaptation of the original Raiders.

The tour has sold out in advance in multiple cities, including last night’s screening at Alamo Drafthouse New Mission in San Francisco and this weekend’s screening at LA’s Cinefamily. However, the company says you can grab tickets for the film when it opens next Friday.

Check out the dates for the home stretch of the first stage of the Raiders Guys’ Follow Your Dreams Tour below, leading up to the theatrical premiere in New York City next Friday. The tour will continue far beyond that, with new dates recently added for July and August.

After Steven Spielberg’s classic Raiders of the Lost Ark was released 35 years ago, three 11-year-old boys from Mississippi set out on what would become a 7-year-long labor of love and tribute to their favorite film: a faithful, shot-for-shot adaptation of the action adventure film. They finished every scene…except one – the film’s explosive airplane set piece.

More than two decades later, the trio reunited with the original cast members from their childhood in order to complete their masterpiece. Featuring interviews with John Rhys Davies, Eli Roth and more, Raiders: The Story of the Greatest Fan Film Ever Made is the story of the project’s culmination, chronicling the friends’ dedication to their artistic vision.

Here is a list of cities and theaters that are hosting the screenings and Q&A’s over the coming weeks.