I mean you're workin' on some crazy stuff in these buildings. Stuff that would freak me out if I actually understood it. I'm going to tell you about one that's been on my mind - Simulation Theory. The basic idea as I understand it is that we all could be living in a massive simulation, run by a far smarter civilization, like a giant computer game, and we don't even know it.

What if this, all of this, IS a simulation.

Context:
Matt Damon says during a commencement speech he gave a MIT. 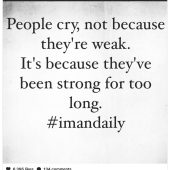