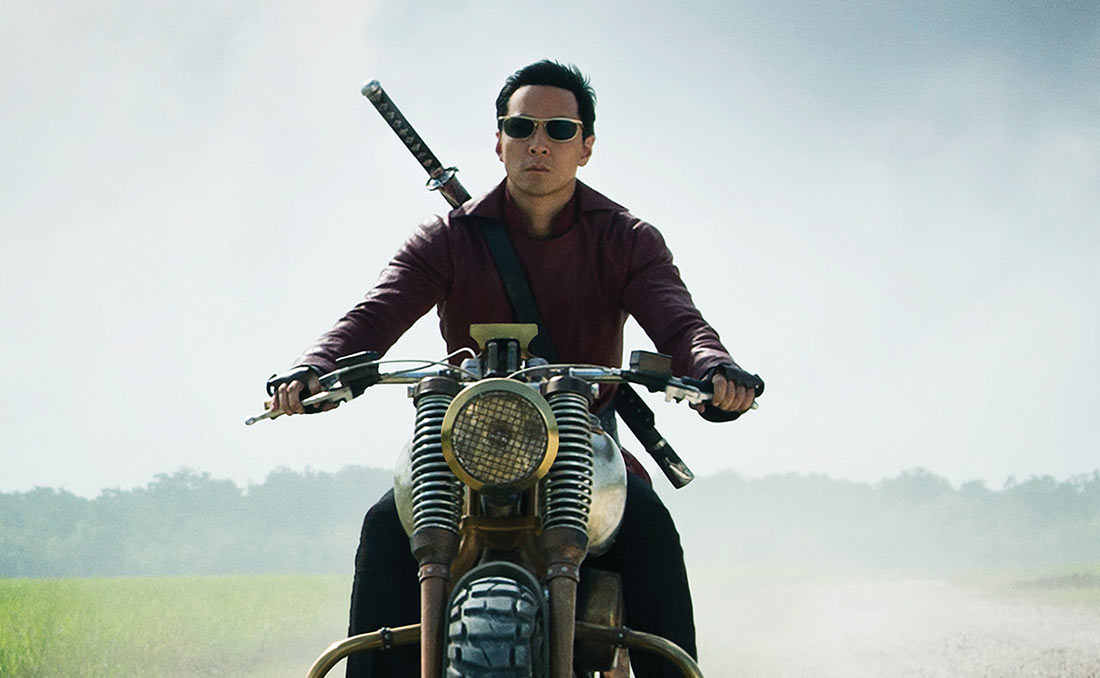 I’m leading off our new TV Fetish section with this report from nola.com about AMC Television. The cable network is stacking up its kung fu lover audience in preparation for the November 15th premiere of the New Orleans-shot martial arts drama Into the Badlands by airing a series of late night martial arts film classics. The series – called “Kung Fu Fridays” – begins this week at 12:06 AM, with Legend of the Fist: The Return of Chen Zhen, directed by Wai-Keung Lau and starring Donnie Yen as the title character, along with Qi Shu, Anthony Chau-Sang Wong, Bo Huang, Ryu Kohata, Siyan Huo, Zhou Yang and Shawn Yue.

Daniel Wu and Aramis Knight stars in the six episode season of Into the Badlands, whose characters – Sunny and M.K., respectively – “embark on a spiritual journey across a dangerous land controlled by feudal barons,” according to AMC. Creators and executive producers are Alfred Gough and Miles Millar (Shanghai Noon, Smallville).

According to the report, Into the Badlands is inspired by Chinese literature classic “Journey to the West,” and is set in a world dominated by barons, ruling over a feudal system organized around the control of precious resources, said Joel Stillerman, president of programming for AMC, at the Summer TV Tour in Hollywood.

Miles Millar further described the world, where motorcycles are the most complicated technology widely available to the characters.

“When you create an original world, the details matter,” he said. “So for us, we spent a lot of time talking about this world and its original creation. So in terms of the tech, the idea is that complex technology doesn’t exist. There are no circuits or computers. Things like cars pre-1970’s would exist, simple machines would exist, electricity would exist in a very simplified form.

“So it’s all the details, in terms of the world, (which you) need to feel consistent and real and have an authenticity to them, so when you see the world, you can instantly get into it and buy it.”

Other September installments of “Kung Fu Fridays” include:

The Man From Nowhere

12:04 AM, Sept. 26th
Starring Bin Won and Sae-ron Kim. A quiet pawnshop keeper with a violent past takes on a drug- and organ- trafficking ring in hope of saving the child who is his only friend.

2:32 AM Sept. 26th
Starring Chow Yun-Fat and Wen Jiang. The film is set in 1920s China where a bandit arrives in a remote provincial town posing as its new mayor, where he faces off against a tyrannical local nobleman.

Check out the trailer and some publicity stills for Into the Badlands, below. 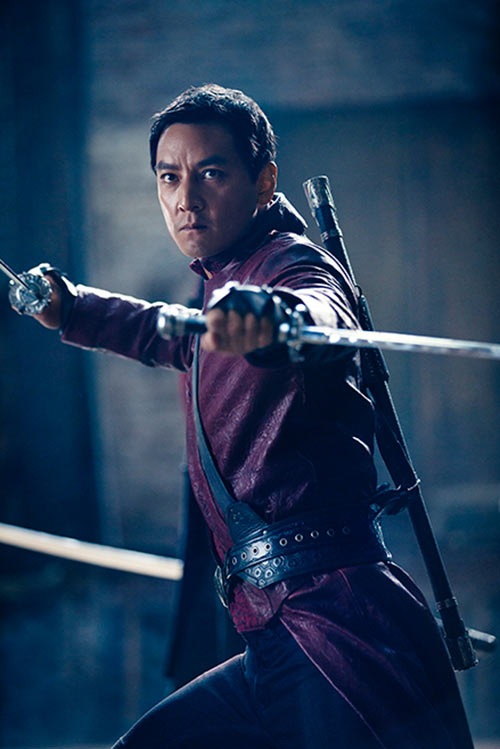 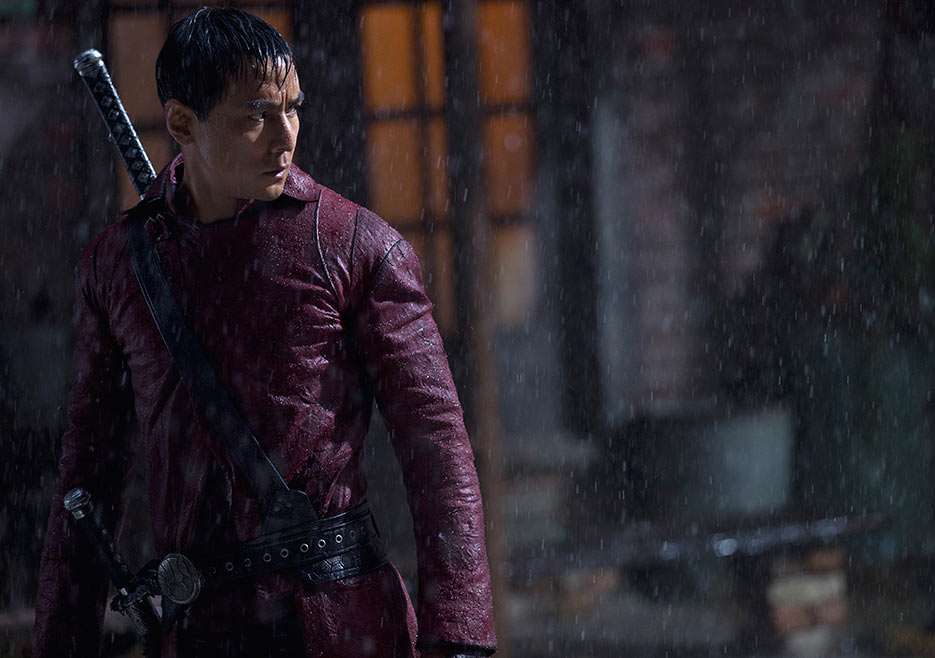 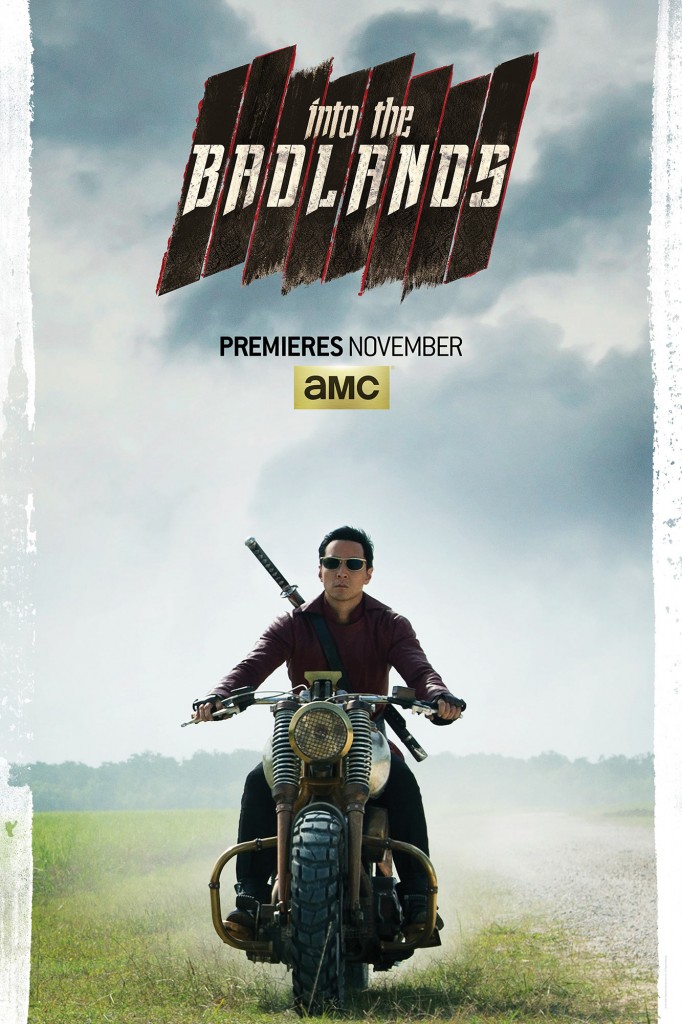