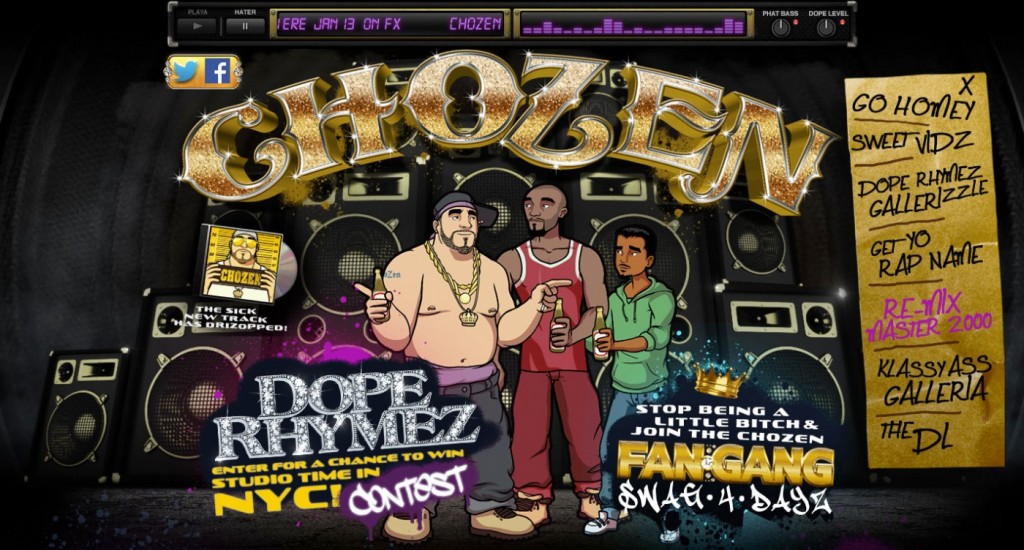 To celebrate the series premiere of FX’s new animated comedy series Chozen, the network is sponsoring a contest where aspiring rappers can submit hip hop lyrics for the chance to record their track under the guidance of professionals in a New York City music studio. The “Dope Rhymez” contest ends on January 15th, 2014.

Chozen is an animated comedy about its title character, “Chozen,” a gay white rapper fresh out of prison. Armed with a new message, Chozen is on a quest for redemption and to claim his rightful position as the world’s top rap artist. His music and lyrics take aim at the stereotypes of machismo and misogyny that is synonymous with rap music. And his new world view has been shaped by his time in prison.

Contestants can enter and receive official contest rules at ThisIsChozen.com. Fans can also sign up for the Chozen Fan Club to earn free swag at the same web address. Chozen premieres Monday, January 13th at 10:30 PM on FX. 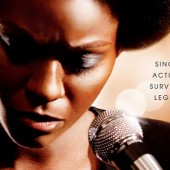