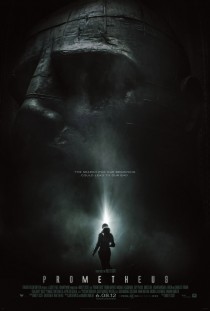 Variety reports that Fox and Ridley Scott are moving closer to the sequel for Scott’s Prometheus, with writer Jack Paglen (Transcendence) now in talks to write a screenplay for the follow-up to last year’s sci-fi blockbuster. Scott will produce the film through his Scott Free banner but it’s not confirmed if he will direct the sequel. Noomi Rapace and Michael Fassbender are also attached to return for the Prometheus sequel.

According to the report, plot details are still under development, but Scott has said in interviews that while the first Prometheus had several elements linking it to the Alien franchise, the next Prometheus will feel more like a stand-alone film.

Despite not having a greenlight, the sci-fi movie’s new screenwriter is a good sign for a project Fox has been wary of committing to even though the last installment, written by Jon Spaihts and Damon Lindelof, made more than $400 million worldwide. For Paglen, Prometheus 2 marks his second high-profile project following Wally Pfister and Johnny Depp’s sci-fi thriller Transcendence, which opens next April.