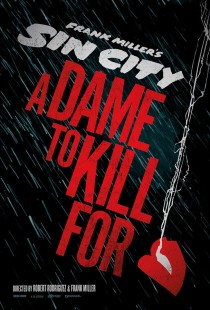 Joseph Gordon-Levitt is set to appear in Robert Rodriguez and Frank Miller’s Sin City: A Dame To Kill For, the Dimension Films prequel to the stylish noir drama that Rodriguez and Miller are co-directing, that’s based on Miller’s graphic novel. According to Deadline New York, Gordon-Levitt will play the role of Johnny, a role the filmmakers originally offered to Johnny Depp. He’s one of the core characters in overlapping story lines that feature returning players like Mickey Rourke, Clive Owen, Bruce Willis and Rosario Dawson, along with newcomers such as Dennis Haysbert. Gangster Squad‘s Josh Brolin is also apparently in talks for a role, according to the report.

However, while Gordon-Levitt is confirmed for Sin City: A Dame To Kill For, apparently the actor and Marvel Studios couldn’t come to an agreement over the lead in Guardians Of The Galaxy. He won’t be starring in that film and Marvel is evaluating other candidates. Sin City 2 is already shooting and Gordon-Levitt will mix in his work as he moves through a busy month. He’ll be at the Sundance Film Festival where his feature directorial debut, Don Jon‘s Addiction, makes its world premiere. Gordon-Levitt wrote ‘Don Jon’s’ script and co-stars with Scarlett Johansson. He’s also hosting the Sundance Awards ceremony that closes the Park City festival.