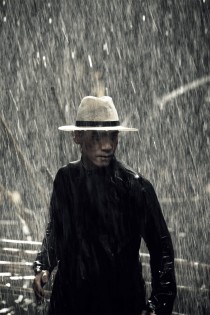 The international premiere of martial arts epic The Grandmaster will open the 63rd Berlin International Film Festival, Deadline reports. The film is directed by the president of this year’s jury, Wong Kar Wai (2046, Chungking Express, Happy Together, My Blueberry Nights). This isn’t Wong Kar Wai’s first foray into the world of martial arts epics though. The art house favorite also helmed 1994’s Ashes of Time, a swordplay flick about a broken-hearted hit man.

According to reports, nearly three years of film production and almost a decade of preparation went into the making of The Grandmaster, who began exploring the idea for the film in 1996. With his signature style-defining mood, atmosphere and reality, Wong Kar Wai – who also wrote the script – delves into the eternal question in martial arts of whether the victor is more than merely the “last man standing,” and brings the genre to new heights. The Grandmaster is a Block 2 Pictures and Sil-Metropole Organisation presentation of a Jet Tone Films and Sil-Metropole Organisation production.

The world premiere of The Grandmaster will be celebrated on January 8, 2013 in China, and the film will open at cinemas in various countries including Germany in the spring of 2013.

Check out a trailer for The Grandmaster, below.