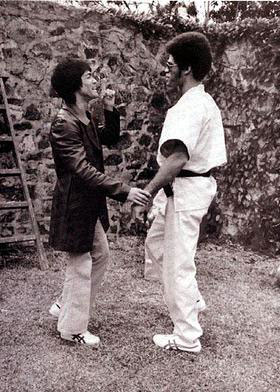 Cult Cinema Icon Jim Kelly has just launched his official website. I met up with Kelly at the Allentown Comic-Con a few months back and he mentioned that he was working on a website, so it’s great to see that it’s become a reality for the star of the iconic martial arts epic Enter the Dragon, where he appeared opposite another legendary martial arts screen icon – Bruce Lee.