Anchor Bay Films is set to release the action thriller Hijacked on Blu-ray Combo Pack and DVD tomorrow, July 31st. Former UFC Heavyweight Champion Randy Couture and Prison Break’s Dominic Purcell top line Hijacked, which is made in the spirit of terror in the sky cult classics such as Delta Force and Executive Decision.

Celebrate the release of Hijacked, FilmFetish is giving away 2 copies of the Blu-ray edition of the film.

In order to be entered into the Hijacked random drawing:

I’ll be running the Hijacked contest through Monday, August 20, 2012.

See an image gallery from Hijacked below or RIGHT HERE.

Get ready to fly the unfriendly skies! Anchor Bay Films is proud to announce the release of Hijacked coming to Blu-ray Combo Pack and DVD on July 31st. A high-octane, pulse-pounding story of one man out for justice in the sky, Hijacked stars a top-notch cast of action heroes including former UFC Heavyweight Champion Randy Couture (The Expendables, and the upcoming The Expendables 2), Dominic Purcell (Straw Dogs, Prison Break), Tiffany Dupont (Greek), Holt McCallany (Fight Club), Craig Fairbrass (The Bank Job) and Vinnie Jones (Snatch, Kill The Irishman).

Special Agent Ross’s (Couture) plans to reconcile with his ex-fiancé are ruined when she boards a private jet that is targeted by hijackers working for the same crime lord he is chasing. With no time to inform his team, Ross wriggles his way aboard the aircraft and risks it all to save the love of his life. An adrenaline-fueled action-packed film that puts the fear back in flying.

Much like other exciting terror in the sky classics, such as Delta Force and Executive Decision, Hijacked is an unforgettable no-holds-barred thriller that pulls no punches and will have audiences guessing until the very end. 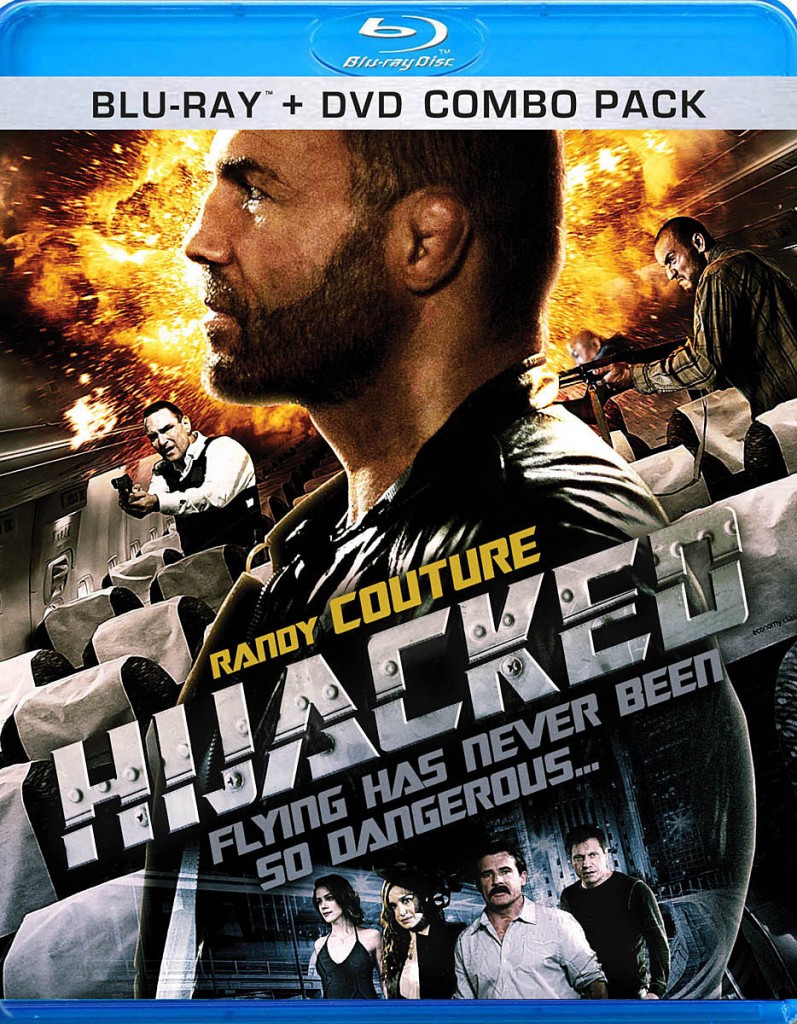