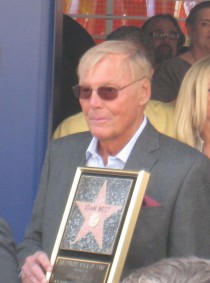 On the sunny morning of April 6th on Hollywood Boulevard, a ceremony was held in front of the Guinness World of Records Museum to commemorate TV’s Batman getting his star and this one does not have a BLAM!! inside of it.

At the age of 83, Adam West has finally gotten his star on the Hollywood Walk of Fame apparently due to a campaign waged by my favorite LA area radio station 106.7 KROQ’s morning show crew. Ralph Garman a member of the Kevin and Bean morning show headed up the fundraising via kickstarter. He is also producing a documentary about the whole ordeal of trying to get Adam his star for the past 4 years. See the teaser below.

Also in attendance were George Barris the designer and builder of custom Hollywood Hot Rods with his Batmobile and some cosplay actors dressed as Adam’s version of Batman along with Robin, Batgirl and two Catwomen.

Adam’s current boss kept the crowd laughing with some anecdotes of how Adam West is never totally out of character and his story of a phone conversation with Adam. “My God we finally reached you. It’s like trying to get a hold of the Pentagon” and with his best Adam West imitation Seth replied “Well boys our nation’s security is my top concern” to which Seth followed “That’s fantastic. What are you doing right now” as Adam again he replied “I’m just pouring some dog food in a bowl”. Here is a great youtube link for those who have 22 minutes to kill.

Adam was introduced as being a big part of the cultural phenomenon of the 1960s boiling down to the three Bs, the Beatles, Bond and Batman.

While making his acceptance speech, Mr. West addressed the crowd as “citizens of Gotham” with that familiar 1960s Batman delivery. He also mentioned the significance of the ceremony being in front of the Guinness Museum being that he had portrayed Batman over 170 times. Surely a record. 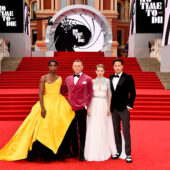 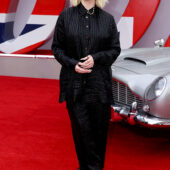 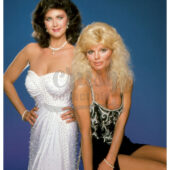 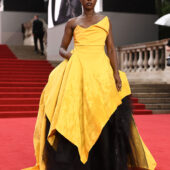