To celebrate the new poster, yesterday Mondo also hosted an advanced screening of The Cabin in the Woods, at Alamo’s brand new Alamo Drafthouse Slaughter Lane location (in Austin, Texas). This was the first time Mondo hosted a screening at the new Slaughter Lane Location and screening ticket holders received one of the limited edition posters in addition to the chance to check out the movie before it hits theaters on Friday, April 13th.

Commenting on the poster, The Cabin in the Woods director Drew Goddard said “all I ever wanted in life was to make a movie that had its own Mondo poster. I can now exit this mortal coil a happy man.”

The Cabin in the Woods poster will be released in an edition of 350 and a small number will be for sale online today. Follow @Mondotees for the exact time of the sale.

Check out The Cabin in the Woods poster, below. 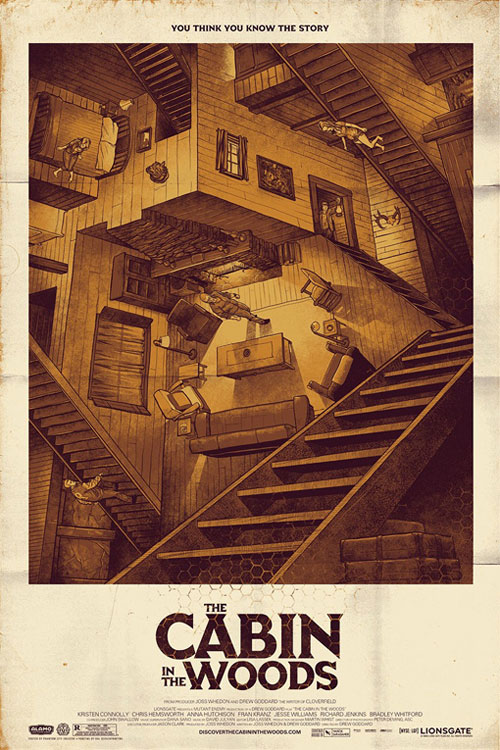 Produced by Whedon and directed by Goddard from a script by both, the film stars Kristen Connolly, Chris Hemsworth, Anna Hutchison, Fran Kranz, Jesse Williams, Richard Jenkins and Bradley Whitford.