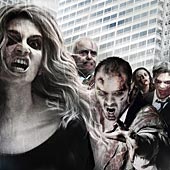 Anchor Bay Entertainment will unleash bio-horror thriller The Terror Experiment on Blu-ray and DVD next week, on April 10th. To celebrate the release of the all-star zombie horror, FilmFetish is giving away two copies of the Blu-ray edition of the film, to readers.

In order to be entered the The Terror Experiment random drawing:

I’ll be running the The Terror Experiment contest through Friday, April 27, 2012.

More about The Terror Experiment

A terrorist sets off an explosion that rocks the Federal Building and unleashes a toxic gas throughout the ventilation system. His purpose: to expose the Government’s secret biological warfare weapon, a deadly virus that instantly attacks a person’s adrenal system, causing them to become inhumanly aggressive, with an uncontrollable urge to kill each other. Reaching into the heavens, the Federal Building is the ultimate symbol of government authority, power and security. But for some, it’s the perfect target to expose our nation’s vulnerability to attack – as well as expose potentially deadly secrets kept from its citizens.

Check out the box art and images from The Terror Experiment, below. 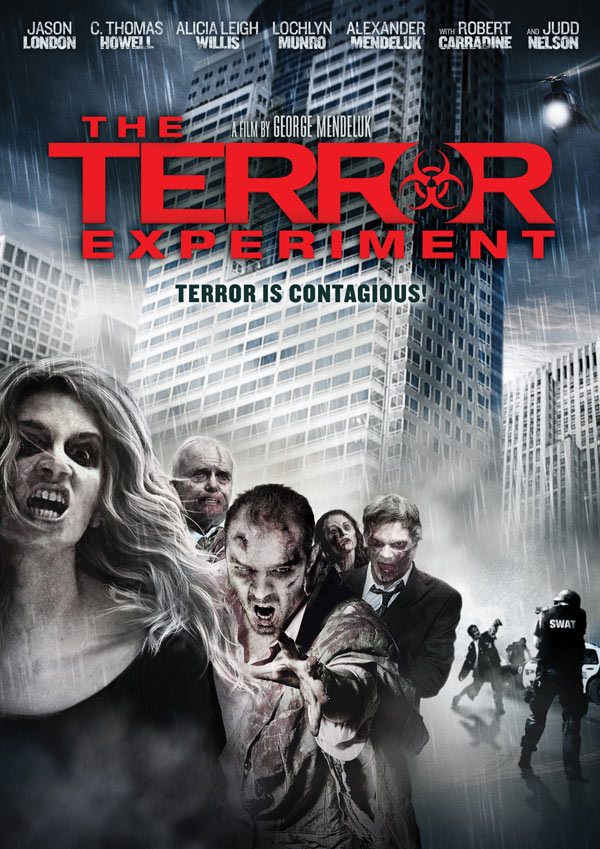