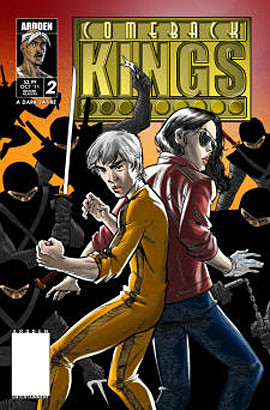 I just found out about the comic Comeback Kings, but the first issue was released sometime last year, and issue two hit stores this week. The indie comic signifies the continued influence of martial arts – embodied by Bruce Lee – on popular culture. In this case, Bruce is the leader of a worn out group of government agents made up of fallen cultural icons, including Tupac Shakur, Jim Morrison, Elvis Presley and Andy Kaufman.

The popular mythology that these incendiary artists may have faked their own deaths is the jumping off point for Comeback Kings, an exciting comic which finds the legends alive and well, part of Project Resurrection, a global crime-fighting unit that’s a cross between The League Of Extraordinary Gentleman and Celebrity Rehab. They’re the world’s most famous dead superstars — and they’re living superspies? Yep — and that’s when things really start to get wild.

When a terroristic reality TV supervillain plans to extend his 15 minutes of fame by making a play for infamy, via a Hollywood holocaust, the Comeback Kings must put aside their differences and reunite for an encore in order to stop him.

I just picked up Comeback Kings #2 which features the newest member of the team – a karate-chopping, glove-wearing Michael Jackson.

Comeback Kings creators Matt Sullivan and Gabe Guarente will be appearing at a book signing for the title, this Friday in New York City. The Comeback Kings’ signing takes place at 7PM at Forbidden Planet, located at 840 Broadway. 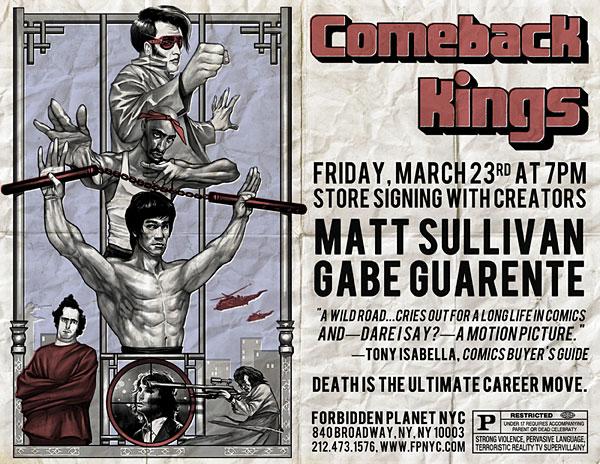 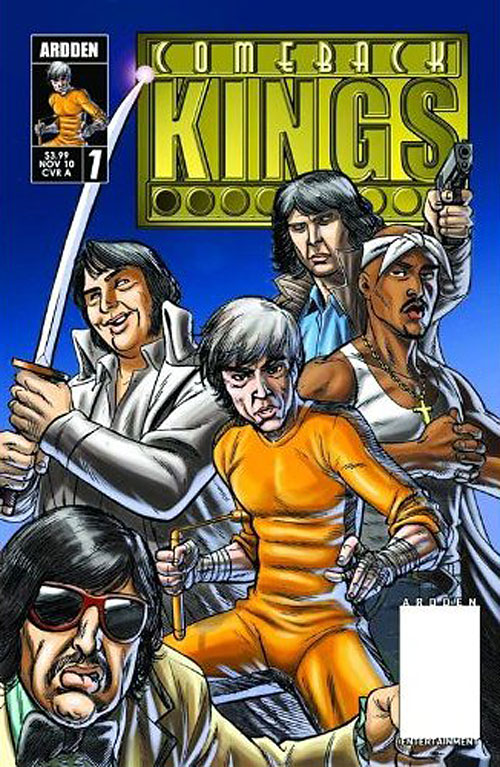