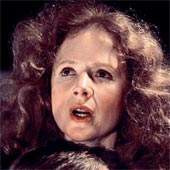 Actress Piper Laurie, who’s appeared in cult cinema classics such as Carrie, The Hustler, The Faculty, Storyville, and Other People’s Money, will make a special appearance during a revival screening series that will include the films The Hustler and Carrie. Laurie will meet fans, be the focus of an on-stage interview, and host a book signing during the event. Laurie, who was born Rosetta Jacobs in Detroit, Michigan, has also made appearances in other major films including, Children of a Lesser God and Wrestling Ernest Hemingway.

Some of Piper Laurie’s many television roles have included: a guest appearances on The Twilight Zone, where she played Aunt Neva in the 1985 segment The Burning Man; a regular character role on Twin Peaks (1990-1991) as Catherine Martell; the Karl Malden drama Skag (1980) as his wife Jo Skagska; and Naked City (1963) as Mary Highmark.

Below is the schedule for full event, which takes place on Saturday, January 28, 2012, at The Loew’s Jersey, located at 54 Journal Square, in Jersey City, New Jersey.

Find out more about this event at www.loewsjersey.org.

Has Anybody Seen My Gal (1952)
Played character Millicent Blaisdell

No Room for the Groom (1952)
Played character Lee Kingshead

The Prince Who Was a Thief (1951)
Played character Tina