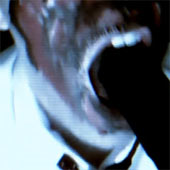 Screen Gems has nabbed the rights to a UCLA film grad’s horror short entitled Viral, with plans of remaking it into a feature, according to THR. Viral has been a selection in a number of horror film festivals, including the Atlanta Horror Film Festival, the Hollywood Film Festival, the Williamsburg International Film Festival, and many others.

Viral was co-written and directed by recent UCLA film school graduate Tim Shechmeister, who co-wrote the piece with his brother Matt, as part of a thesis project. The Shechmeister brothers will co-write the feature, with Tim directing the big-screen version.

The 11 minute short film is set in the world of cyberbullying and is described as being reminiscent of The Grudge or The Ring, but prepped for the current generation that uses smart phones and Facebook. In fact The Grudge writer, Stephen Susco, discovered Viral at a screenwriting event this past summer. Japanese horror fan Tim Shechmeister apparently gave Susco his business card with a link to the short, which the screenwriter watched and loved.

Check out the trailer for the original short film Viral, below.