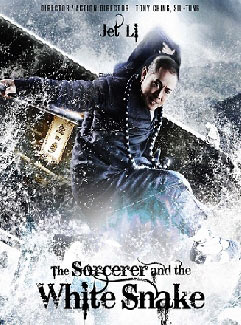 The American Film Market (AFM) and the Hong Kong Trade Development Council (HKTDC) will collaborate for the second annual Hong Kong Day during AFM 2011 this Thursday, November 3rd, putting the emphasis on co-productions with a day-long series of events and screening, according to AFM Managing Director Jonathan Wolf and HKTDC Regional Director Louis Ho.

The focus on Hong Kong as Asia’s co-production center, and the benefits of co-producing in Hong Kong, will include events and activities highlighting the myriad of films from Hong Kong-based sales companies. It will also provide a look at the 2012 edition of the Hong Kong International Film & TV Market (FILMART), which will takes place from March 19-22, where U.S. companies will again take part in the American Pavilion.

The American Pavilion at FILMART was first launched under a multi-year partnership announced at the 2010 AFM between the Independent Film & Television Alliance (IFTA)—the parent organization of the AFM—and the International Trade Administration (ITA) of the U.S. Department of Commerce. It is designed to provide exhibit space, as well as marketing and technical support, to U.S. companies and put them on equal footing with other national pavilions.

The following films from Hong Kong film companies will have their market premiere screenings on Hong Kong Day:

The other Hong Kong films screening at the AFM include: A Simple Life and Overheard 2 from Distribution Workshop; Mural from Golden Network Asia Limited; 1911 from Jackie Chan International Cinema; and Lady Kung Fu and Lan Kwai Fong from Mei Ah Entertainment Group.

Check out trailers from some of the films screening during Hong Kong Day below.

Director: Johnnie To
Cast: Ching Wan Lau, Richie Jen, Jeff Cheung
A bag of stolen money worth $5 million forces three ordinary people to make soul searching decisions about right and wrong, and everything in between on the morality scale.

The Sorcerer and the White Snake

Director: Tony Siu-Tung Ching
Cast: Jet Li, Eva Huang, Raymond Lam, Charlene Choi
One day, a young herbalist Xu Xian (Raymond LAM) came to the mountains and accidentally fell into a lake. White Snake (Eva HUANG), in the incarnation of a beautiful lady came to his rescue. Her passion for this young man could not be contained and with the help of Green Snake (Charlene CHOI), she ventured into the human world and married Xu Xian.

Fa Hai (Jet LI), a sorcerer from the Jinshan Temple, whose mission was to subdue demons and slay monsters, arrived in town and detected a touch of evil from the medicine provided by Xu Xian.

Xu Xian was grief-stricken and tried to make remedy by risking his life to obtain a spirit grass for his wife. Xu Xian was able to get the grass, but during the course was possessed by demons. In order to save him, Fa Hai kept him in the Jinshan Temple.

After taking the spirit grass, White Snake regained her strength and power, and rushed tothe Jinshan Temple for her husband. She was overcome with rage after failing to enter the Temple. In extreme frenzy, she summoned a flood that washed over the Temple causing death and damages.

Warriors of the Rainbow: Seediq Bale

Director: Te-Sheng Wei
Cast: Ching-Tai Lin, Umin Boya, Vivian Hsu, Masanobu Ando
Wei Te-Sheng’s epic film Warriors of the Rainbow: Seediq Bale reclaims an extraordinary episode from 20th-century history which is little-known even in Taiwan. Between 1895 and 1945, the island was a Japanese colony inhabited not only by the majority (Han Chinese immigrants) but also by the remnants of the aboriginal tribes who first settled the mountainous land. In 1930 Mouna Rudo, the leader of one of the Seediq tribes settled on and around Mount Chilai, forged a coalition with other Seediq tribal leaders and plotted a rebellion against their Japanese colonial masters. It was to begin at a sports day meeting where the assembled tribesmen were to attack and kill the Japanese officials and would then broaden to sieges on police stations and local government offices in the region. The initial uprising took the Japanese by surprise and was almost entirely successful. But the Japanese soon sent in their army to crush the rebellion, using aircraft and poison gas.

Mouna Rudo knew from the start that the relatively small force of Seediq tribesmen stood no chance of defeating the might of Japan. But he and his allies were sustained by the beliefs and myths which had nourished their tribes since time immemorial. Young males in the tribes had to undergo a rite de passage to become adult men, which gave them the right to have their faces tattooed. In the tribal language, they became Seediq Bale – heroes of the tribe. Their belief was that their ancestors would lead the spirits of the Seediq Bale across a rainbow bridge to the summit of the mountain when their time came. And so, whatever the result of their uprising against Japan, they would march in victory across the rainbow bridge… The heroism and fortitude of the Seediq warriors and their womenfolk shocked even the Japanese and won them enduring respect.

Director: Benny Chan
Cast: Andy Lau, Nicholas Tse, Bingbing Fan, Jing Wu, Jackie Chan
China is plunged into strife as feuding warlords try to expand their power by warring over neighboring lands. Fuelled by his success on the battlefield, young and arrogant Hao Jie sneers at Shaolin’s masters when he beats one of them in a duel. But the pride comes before a fall. When his own family is wiped out by a rival warlord, Hao is forced to take refuge with the monks. As the civil unrest spreads and the people suffer, Hao and the Shaolin masters are forced to take a fiery stand against the evil warlords. They launch a daring plan of rescue and escape. 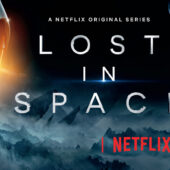