In order to be entered the A&E Halloween Prize Pack random drawing:

Starring Alexz Johnson and Miriam McDonald
In the hands of high school kids, even an innocent diary can cause trouble. But when a group of small-town teenagers finds the “Devil’s Diary,” a book that embodies the evil of Satan by physically manifesting any evil thought that is written in it, all hell breaks loose. Unearthed after centuries of concealment, the Devil’s Diary wreaks havoc and destruction on the high school students who found it, and their entire community. Can their town be saved from complete ruin? 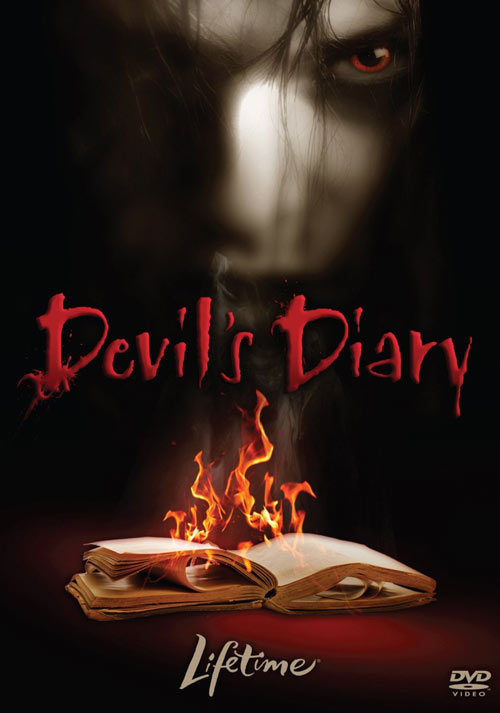 More about The Haunting of Sorority Row

Starring Leighton Meester
Samantha Willows (Leighton Meester) is a bright-eyed college freshman ready to endure the often humiliating traditions of pledge week if it means being accepted into Delta Phi Theta, one of the most prestigious sororities in the country. But her enthusiasm turns to dread when she begins to sense something sinister about the sorority house and some of its sisters, who appear to be sharing a closely guarded secret. After the death of a Delta Phi Theta member, Samantha considers the unimaginable could an evil, murderous force reside within the walls of the sorority house? 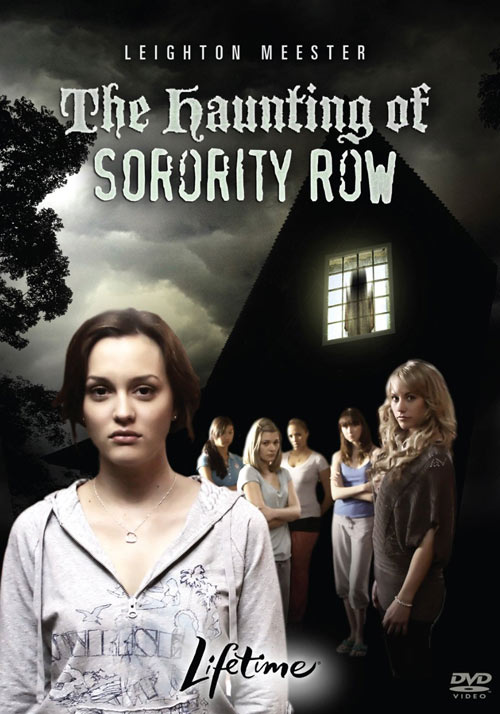 More about The Kids In The Hall: Death Comes To Town

Starring Dave Foley, Bruce McCulloch and Kevin McDonald
For five groundbreaking seasons, Canadian-bred comic prodigies THE KIDS IN THE HALL stretched sketch comedy to its ultimate limits with hilariously off-the-wall results. Now they’ve returned with: The Kids In The Hall: Death Comes To Town, an 8-episode comedy series featuring the Kids playing all characters. When Death gets off the Greyhound bus in small town Shuckton, Ontario, everyone in town is implicated when one of its most distinguished citizens is found murdered. As a suspect is arrested and the trial plays out, the entire town is affected and its dark secrets are unraveled and exposed. 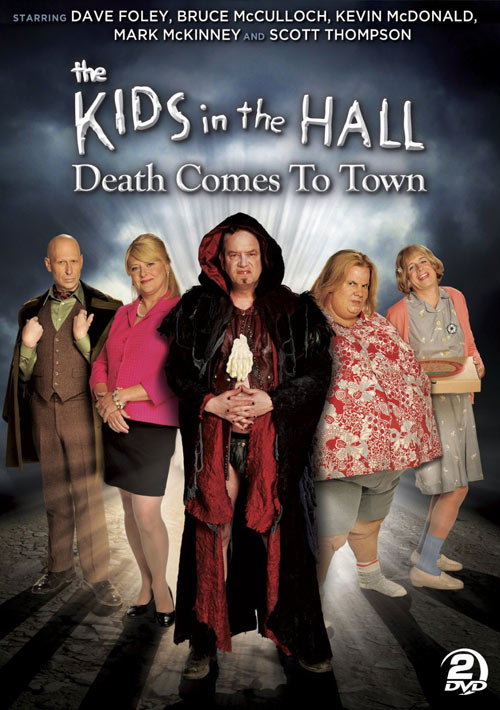 More about The Nostradamus Files

Examine the eerie predictions of history s greatest prophet in this doomsday-themed collection from HISTORY. Nostradamus apocalyptic visions and other ancient prophecies that promise a major and perhaps catastrophic change to life as we know it are explored in two exciting and insightful documentaries. Many people have believed that we are approaching a year of unprecedented, and even deadly, upheaval. Are there real, verifiable connections between the prophecies of the past and what is happening in the world today? Are the signs of the apocalypse happening before our eyes? More importantly, could the ancient prophecies of a coming apocalypse be realized today? The Nostradamus Files collection includes: The Lost Book of Nostradamus; and Nostradamus 2012. 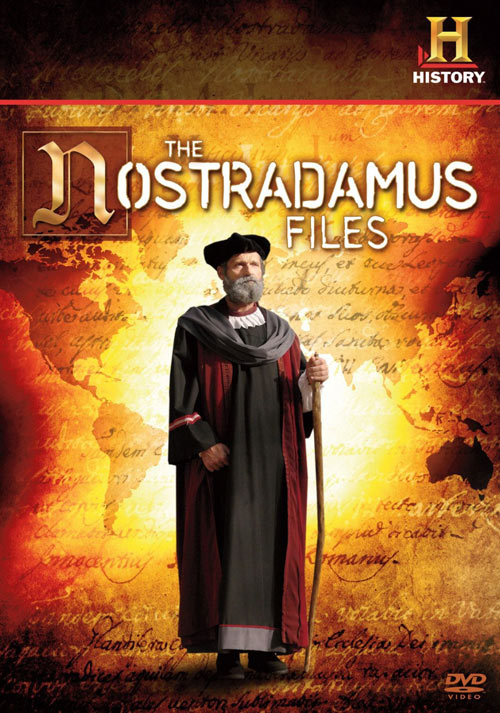 More about The Gathering

Starring Peter Gallagher, Peter Fonda, Jamie-Lynn Sigler and Kristin Lehman
Surgeon Michael Foster (Peter Gallagher) seems to have it all: a great job, a beautiful wife, Ann (Kristin Lehman) and a daughter, Zee (Jenna Boyd), going through the normal stages of teenage rebellion. But when Michael s beloved wife disappears from their locked home, his world collapses. As Michael attempts to uncover the mystery of Ann’s disappearance, he befriends one of Zee’s teachers, who reveals to him that Ann may have been involved with an ancient and potentially violent sect of witches determined to dominate the modern world. Something scary is happening, and Michael soon realizes there is no one to trust but himself. Before he knows it, he s mixed up in a case involving black magic and murder. Can he save himself and his daughter before it s too late? 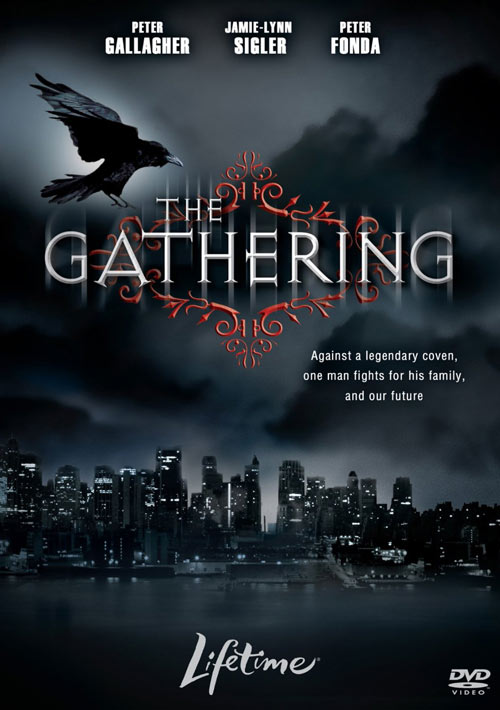 Starring Ryan Buell, Chip Coffey, Chad Calek and Heather Taddy
Ryan Buell founded the Paranormal Research Society (PRS) to help understand the inexplicable activities that haunted him as a child. One of the most recognized paranormal societies in the nation, the PRS is made up of fellow seekers and warriors who have dedicated themselves to helping people overcome paranormal phenomena.

In season five of Paranormal State, Ryan and his team travel deep into the strange and mysterious to try and unravel inexplicable events including sixth-sense experiences, ghost sightings, supernatural disturbances and brushes with the darkest areas of the unknown. Through the use of Electronic Voice Phenomenon (EVP) recordings and video documentation, and with the help of renowned psychics, demonologists, psychologists and counselors, the PRS explores these bizarre cases in the hopes of helping frightened people who have nowhere else to turn.

More about Zorro: The Complete Series

Starring Duncan Regehr, James Victor and Juan Diego Botto
Out of the night a hero must rise with courage that even a mask can t disguise! So begins the adventures of Zorro swordsman, scientist and relentless defender of the oppressed. In early 19th century Spanish California, a corrupt Alcalde (Mayor) grows rich by terrorizing the good people of Los Angeles. Young and dashing Don Diego de la Vega (Duncan Regehr), pretending to care only for science and study, secretly creates a bold alter-ego: Zorro the Fox. Aided by his mute servant Felipe, inspired by the faith of the beautiful tavern-keeper Victoria, and carried into battle by the mighty steed Toronado, Zorro thwarts the Alcalde s plots at every turn. Filmed entirely in Madrid, Spain, Zorro aired on The Family Channel for four seasons, from 1990-1993. Still a tremendous fan favorite, Zorro is renowned for its swashbuckling family-friendly adventure as well as its top-notch cast of featured characters and guests, including Efrem Zimbalist Jr. as Don Alejandro de la Vega, Daniel Craig, Andre the Giant, Philip Michael Thomas, Jesse Ventura and Adam West. For the first time ever, all 88 episodes have been collected in one DVD set, including a bonus disk with classic Zorro films, an alternate series pilot and much more.

Bonus Features
The legend of Zorro truly begins in 1919, with the publication of Johnston McCulley s story, The Curse of Capistrano. A year later, Douglas Fairbanks and Mary Pickford produced The Mark of Zorro with Fairbanks as the title character as the inaugural film for their new studio, United Artists. Since then, the character has inspired more than 40 films and nearly a dozen TV series. The Zorro Archives includes some of the masked defender s most influential appearances as well as rare behind-the-scenes material from the 1990 series. 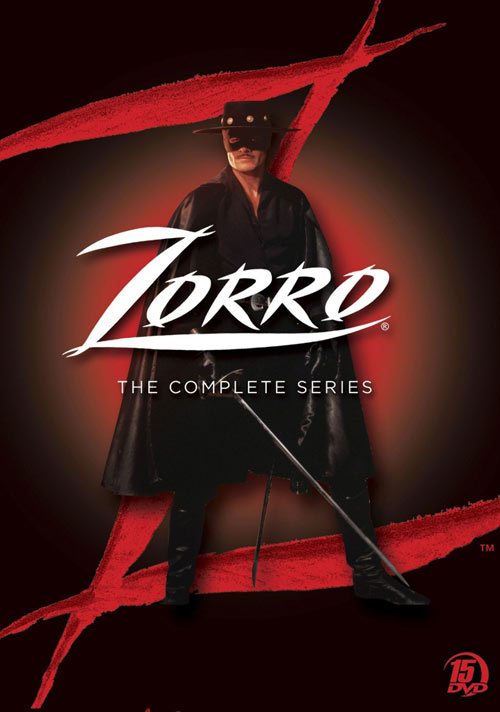 More about America’s Most Haunted Places

Tour some of America s most haunted destinations, from the remote, beautiful, and enchanting hot spot of Hawaii to the windy city of Chicago, Illinois, where ghosts are said to prowl the shores of Lake Michigan, in this frightening 5-DVD set. Featuring in-depth profiles of the world s scariest stories, History Classics: America’s Most Haunted Places also travels to Savannah, Georgia, an elegant Southern city where spirits have been known to lurk in the bucolic façade; the sun-baked desert of Tombstone, Arizona; and the famous landmarks of Washington, D.C. Hear from people who claim to have been attacked by the warrior spirits of long-departed Hawaiians. Learn how the spirit of Abraham Lincoln; the presence of Ulysses S. Grant; and the ghosts of first ladies, military heroes, and famous politicians are still seen and felt in our nation s capital, once called the greatest town for ghosts in the country. And take a memorable tour of one of the Old West s most infamous towns, where history is soaked in blood, and the past lingers on in paranormal ways. History Classics: America’s Most Haunted Places contains 5 acclaimed documentaries on 5 DVDs.