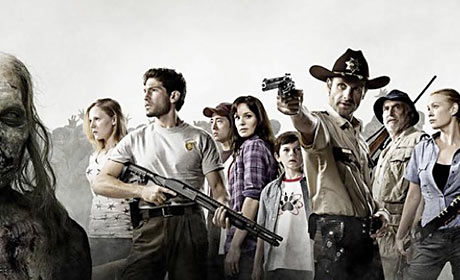 IGN reports that during The Walking Dead panel at Chicago’s C2E2 pop culture event, it was revealed that author Stephen King is in talks to write an episode of Season 2. No surprise since the iconic horror author has a long relationship with show producer Frank Darabont, who adapted King’s The Shawshank Redemption, The Green Mile and The Mist for the big screen.

Season 2 of The Walking Dead begins airing on AMC this Fall, but Darabont won’t be directing the premiere episode. He will, however, likely helm an episode later in the season.

For you fans of of the original comic series, Laurie Holden also revealed that it’s possible that the characters “Tyreese”, “Michonne” and “The Governor” could make their presence known in some way during Season 2.