Dimension Films has released the one sheet, release date and website information for Apollo 18, the sci-fi thriller Wanted director Timur Bekmambetov is producing with the Weinsteins.

Apollo 18 is based on a screenplay by Brian Miller, winner of the inaugural Astana International Action Film Festival screenplay competition, which was founded by Bekmambetov. Trevor Cawood – who directed the short film Terminus, and did visual effects work on The Matrix Reloaded – is set to direct the project, with Bekmambetov in the producers chair.

Taking cues from recent low-budget hits like Paranormal Activity and Cloverfield, Apollo 18 will be shot documentary style. The story centers on the uncovering of lost footage from Apollo 18’s undocumented and covert mission to the moon, revealing disturbing new evidence of other life forms.

Apollo 18 is currently in production and scheduled for release on March 4, 2011.

Find out more about Apollo 18 at the film’s official website, apollo18movie.net.

Check out the first teaser poster for Apollo 18 below. 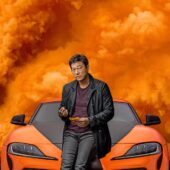