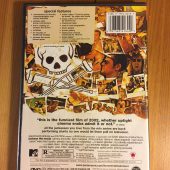 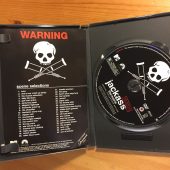 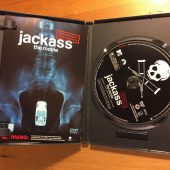 All the jackasses you love from the MTV series are back performing stunts no one would let them pull on television. With stuff you’d never see on TV!

The item is in very good condition, with minor wear from years of storage. The disc has only been watched a few times and is also in very good shape, with slight wear. The original paper insert is included and intact.