Stevenson’s first directing project for Vanguard will be the live action/CGI hybrid Alien Rock Band with the British pop rock group Eurythmics’ Dave Stewart attached as a producer. The plot centers on a garage band from Earth that journeys across the Universe to qualify for a shot at super-stardom in an Intergalactic Battle of the Bands. It won’t be easy – the band will have to out-shred four-armed alien guitarists, face down tentacled, punker octo-drummers, and fight snarling alien monsters – with music as its only weapon.

Stevenson, whose credits include such seminal animation projects as Shrek, Madagascar, and James and the Giant Peach, will also direct Vanguard’s CG-animated film Rotten Island, based on the book by Shrek author William Steig about an island where monsters reign free until a beautiful flower changes everything.

During Peter Rogers’ seven-year tenure at Lakeshore International, the company produced, financed and distributed over 40 films including the Academy Award winning Million Dollar Baby, Runaway Bride, The Exorcism of Emily Rose, Autumn in New York, Crank, The Gift, Arlington Road and The Mothman Prophecies. Before forming Moviemill, Rogers was most recently President of Omega Entertainment, whose film, Conviction, has Oscar-watchers buzzing about the performances of Hilary Swank and Sam Rockwell.

“Vanguard is particularly adept at painting a bull’s-eye on entertainment properties that resonate with global audiences,” says Rogers. “I can’t imagine a better pairing than the prowess of the Vanguard production team and the creative and technical firepower of a filmmaker such as John Stevenson. They are a great match.”

Click on the image below, to see a full-size view of concept art from Alien Rock Band. 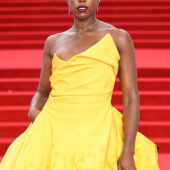 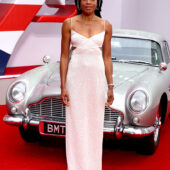