Screencrave has posted the Ryan Reynolds cover for next week’s San Diego Comic-Con 2010 issue of Entertainment Weekly. It features Reynolds as the Green Lantern with his mask and power ring at the ready.

According to the report, the costume will be completely CGI, which which was gleaned from photos of Reynolds on set wearing a gray and black track suit. It had motion sensors on it, which might be the landing points for the “glow” that surrounds the character when the ring juices him up.

Additionally, several more photos have popped up from the movie featuring Blake Lively, Tim Robbins, Angela Bassett and Peter Sarsgaard. They too, will appear in the special Comic-Con 2010 issue of Entertainment Weekly that hits stands next week.

Green Lantern will preview with Sucker Punch during San Diego Comic-Con 2010 next week (SEE HERE), then lands in theaters on June 17, 2011, with Casino Royale director Martin Campbell at the helm.

Check all the images out below. 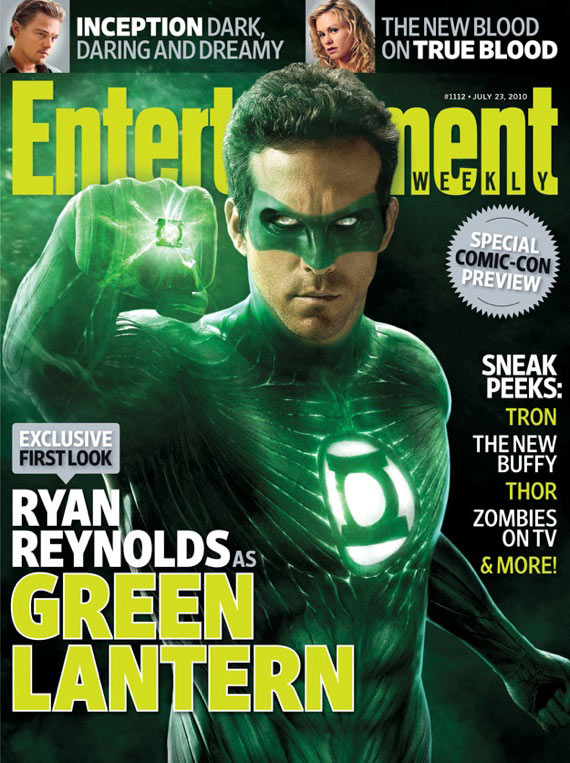