Flight of the Conchords star Jemaine Clement is in final negotiations to play a villain in Columbia Picture’s upcoming Men in Black 3, according to HeatVisionBlog.

Will Smith is already attached to return as the alien-chasing government Agent Jay, along with director Barry Sonnenfeld. 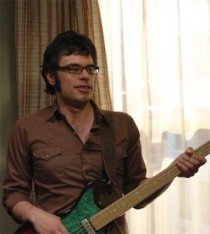 According to the report, most of the action will take place in 1969, with Josh Brolin playing a young Agent Kay (Tommy Lee Jones), who will also appear in the film.

Most of the new casting for Men in Black 3 will be villains, whose look and powers are being kept under wraps. It is known that Clement will play Boris, described as being charmy and creepy at the same time.

Jemaine Clement played one-half of the comedic singing duo in HBO’s Flight of the Conchords and also appeared in film Gentlemen Broncos and the upcoming comedy Dinner for Schmucks.