Red Cliff tells the story of Chinese leaders Liu Bei, Zhao Yun and Zhang Fei, who led 100,000 peasants to safety from the invading army of Cao Cao, and them hatched a plan to destroy the invading general’s ships, before he can invade southern China.

Red Cliff is the first of a two-film series and depicts the historical characters of its basis – Romance of the Three Kingdoms. The second part, which was recently released in China, is all about the war itself.

Below is an English subtitled trailer for the epic film.

And here is the international trailer for Red Cliff. 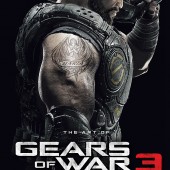