Righteous Kill: The Game was released yesterday, which is inspired by the upcoming crime thriller Righteous Kill. The film will be released theatrically on September 12th.

The movie stars Robert De Niro and Al Pacino as two veteran New York City detectives who are on the trail of a vigilante serial killer. Similarly, the game centers around Officer Erica Dean as she tries to determine who is killing criminals known for committing crimes against women.

Players step into the shoes of Officer Dean and, with the help of Sergeant Vasquez, make their way through 16 different crime scenes populated with more than a thousand objects. With each clue they collect and piece together, Players come closer to discovering who is responsible for the string of murders.

The first casual game based on a major theatrical release, Righteous Kill: The Game features:

For more info or to download a free demo, visit righteouskillgame.com 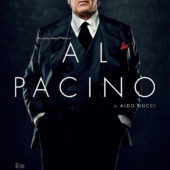