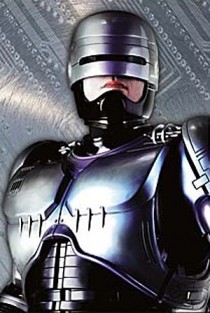 MGM has signed Darren Aronofsky to direct and David Self to write a new installment for its Robocop franchise. Aronofsky, the director of The Fountain, and Self, the writer of Road to Perdition, make a formidable creative team and fast track Robocop and spotlighting it as one of the most anticipated new films for 2010.

In making the announcement Parent said, “Darren is undeniably one of the most talented, original and visceral film makers, and David is one of the greatest writers in Hollywood. All of us at MGM couldn’t be more excited.”

Phoenix Pictures’ Chairman and CEO Mike Medavoy said, “After making the first Robocop at Orion more than 20 years ago, I’m thrilled to be helping to return this character to the screen with our partners at MGM and through the eyes of Darren Aronofsky and David Self.”

Phoenix co-presidents Brad Fischer and David Thwaites added, “With a filmmaker of Darren Aronofsky’s vision and imagination and a writer of David Self’s caliber, we are poised to bring to the screen an entertaining and provocative film, which will now be under the creative guidance of two of the best storytellers working in our industry today.”

Aronofsky’s credits include Pi, Requiem for a Dream and The Fountain. He is completing the feature, The Wrestler with Mickey Rourke, Marisa Tomei and Evan Rachel Wood. He is repped by CAA and attorney Carlos Goodman.

David Self’s credits include 13 Days and Road To Perdition.  He wrote God of War for Universal, to which Brett Ratner is attached to direct, and was a writer on Universal’s Wolfman currently in production.  He is represented by UTA and attorney Karl Austen.

The original Robocop, which premiered in 1987, was “part man, part machine and all cop.” The film’s storyline focused on the future of law enforcement as a terminally wounded cop returns to the police force as a powerful cyborg haunted by submerged memories. The original film was nominated for two Academy Awards – Best Film Editing and Best Sound. Since the film’s debut, Robocop has become one of the most successful titles in MGM’s vast film library. The franchise continues as a worldwide phenomenon, especially in the U.S., Japan, Germany and the United Kingdom.