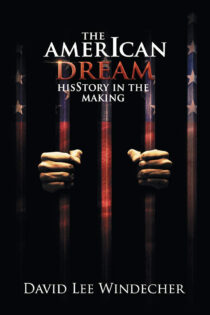 Producer Autumn Bailey-Ford (I’m Not Dying with You Tonight, Through the Glass Darkly), has secured the film rights to David Lee Windecher’s autobiography The AmerIcan Dream: HisStory in the Making. The project is a collaboration between Bailey-Ford and producing partner Cameron Burnett (Alibi, The Bench) of Prominent Productions.

The AmerIcan Dream: HisStory in the Making is described as a gripping account of a young man’s journey from defendant to defense attorney. David Lee Windecher’s autobiography presents a rare window into the underground workings of one of Miami’s most notorious drug rings, and a chilling depiction of the streets that America’s poverty-stricken youth call home.

Raised impoverished in the streets of Miami, David Lee Windecher was only eleven years old when he was first arrested for shoplifting. Stealing out of desperation to feed his family, Windecher believed he took what he deserved. That day, David started thinking like a hustler. He no longer waited for the scales to tip in his favor. That day, Windecher learned he could simply take what life denied him.

For the next seven years, David battled bitterly against his circumstances at the side of his gang-affiliated brothers. What started as grave measures to feed his family of six turned into a criminal lifestyle racked with violence, drugs, and money. David lost himself on the streets. He joined a gang, sold dope, built and masterminded a crime ring and was arrested 13 times.

Despite living a life of crime, deep inside of David, an idealistic boy still dreamed of becoming an attorney and fighting for justice for all. He was just waiting for someone to believe he existed…

Bailey-Ford was immediately captivated by Windecher’s story. She related to the text on a personal level, understanding what it’s like to overcome hardships and dream for a better life.

“I found The AmerIcan Dream when I was doing my monthly book buy. I instantly saw it as a feature film. Cameron and I are really excited to bring David’s book to life with Justin. What David has been doing with his life is nothing short of amazing.”

“The opportunity to work with Cameron and Autumn to bring “The AmerIcan Dream” to life is very exciting, and their vision for this project deeply inspires me. There have only been a handful of times in my life where I could not put a book down and read it straight through. This was one of them. David’s life story could not be more relevant today. It’s one that needs to be told and I am honored to be a part of it,” said Kohlas.

Of the upcoming feature, Windecher shared, “To say I am humbled is an understatement. But none of this is about me. It is about the people that need my story. America’s criminal justice system tried to destroy me much like the lives affected by today’s publicized police indiscretions. We didn’t have smartphones. This film isn’t only timely, it is necessary to expose what impoverished minorities have been enduring for decades. I’m honored to work with Autumn, Cameron and Justin. Autumn’s trajectory has been pointing straight up since long before I met her. Cameron’s pedigree speaks volumes. I’m grateful I have a front row seat to watch him blaze his own trail. Justin and I had synergy from the first time we discussed the project. With this team, I believe the world is in for a pleasant surprise. I can’t wait to see my story on the screen.”

Prominent Productions has a slate of film & TV projects in various stages of development. The company’s focus is on both independent and studio productions, with a stated mission to create content geared towards a diverse audience and to tell stories that uplift and impact positive change.