Universal Pictures has revealed a second full trailer for Dwayne Johnson’s latest action thriller Skyscraper, ahead of the film’s July 13th theatrical release. The new trailer’s scene’s begin to reveal the story of how Johnson’s character – Will Sawyer – lost his leg while serving in the military. Scenes also show how the injury led Sawyer to meeting his wife Sarah (Neve Campbell).

Check out the new trailer for Skyscraper, below.

In Skyscraper, Dwayne Johnson plays a former FBI Hostage Rescue Team leader and U.S. war veteran, who now assesses security for skyscrapers. On assignment in China he finds the tallest, safest building in the world suddenly ablaze, and he’s been framed for it. A wanted man on the run, Will must find those responsible, clear his name and somehow rescue his family, who is trapped inside the building, above the fire line. 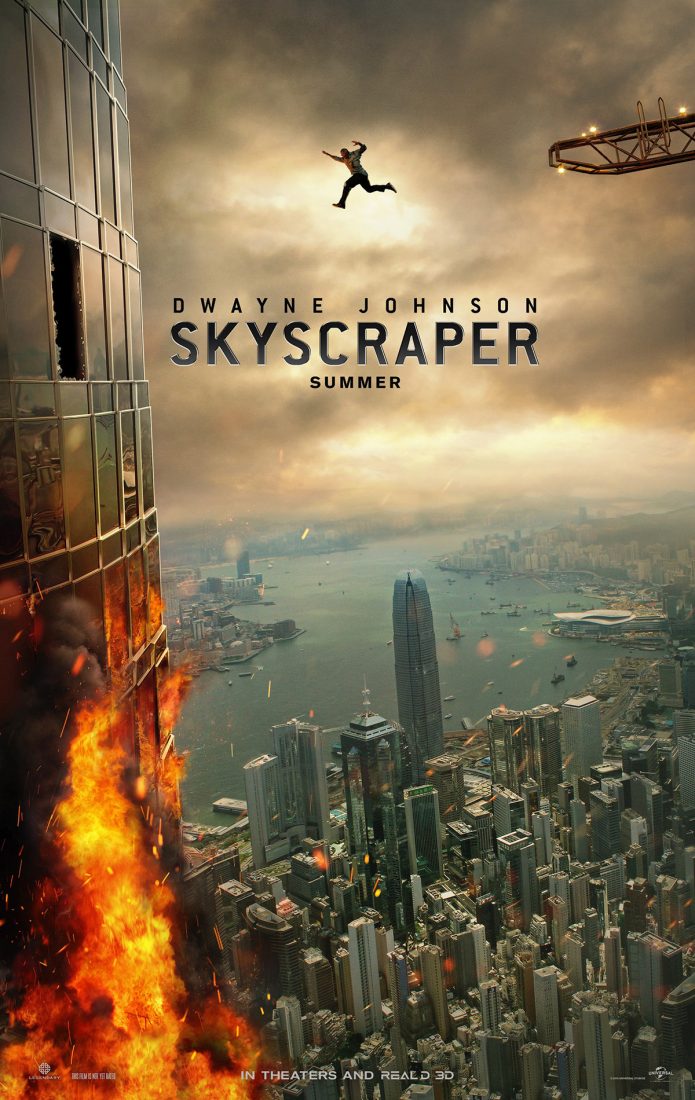