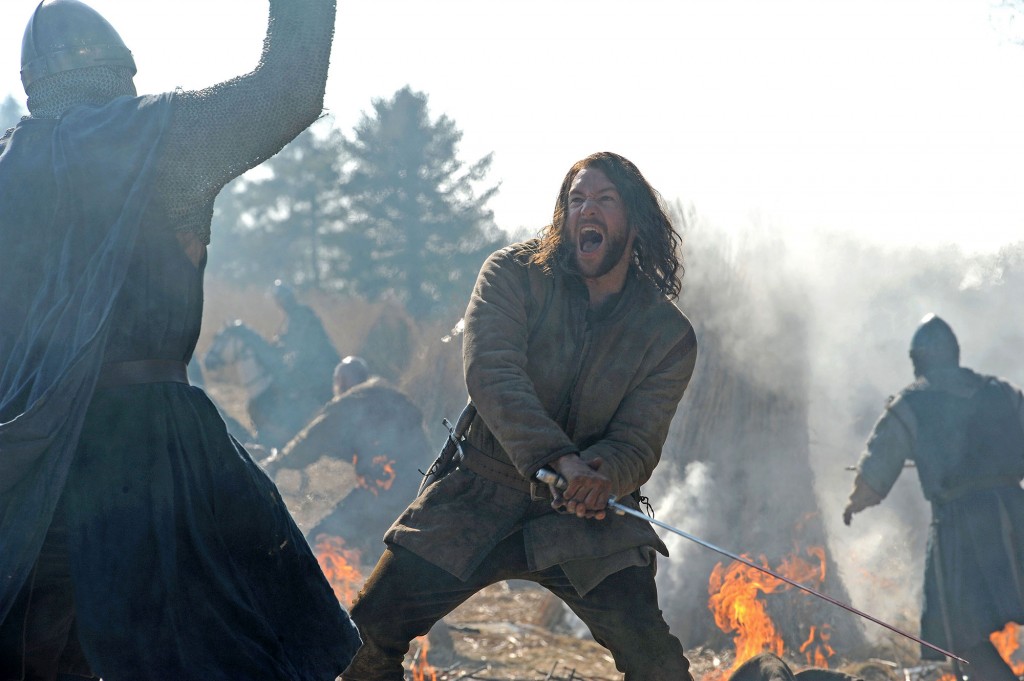 FX has announced that the network has ordered a 10-episode first season of Kurt Sutter’s Late Middle Ages action series The Bastard Executioner. FX Network CEO John Landgraf made the announced. Sutter and the cast recently completed production of the pilot episode in Wales, where production will resume this summer before airing on FX this fall.

The Bastard Executioner is a period drama that tells the story of a warrior knight in King Edward I’s charge who is broken by the ravages of war and vows to lay down his sword. But when that violence finds him again he is forced to pick up the bloodiest sword of all.

“From his important contributions to The Shield to his epic run on Sons of Anarchy, Kurt has been one of FX’s most visionary artists, and we are proud to get him back on the air so soon after the unquestionable success of Sons,” said Landgraf. “The Bastard Executioner has lined up an extraordinary creative team, with Brian Grazer, Francie Calfo and Paris Barclay joining Kurt as Executive Producers and an amazing cast led by Katey Sagal, Stephen Moyer and Lee Jones in the signature role as the Executioner himself. We knew they could deliver something special and, under the expert direction of Paris, they did just that. The fans can’t wait for the first season, and neither can we.”

Added Sutter, “I love history. I love theology. I love blood. It’s been very satisfying weaving fact and fiction to create a new mythology that combines all these elements. And with this extraordinary cast — Stephen Moyer, Katey Sagal and newcomer, Lee Jones — this world explodes on screen. I love working with FX and Fox21TVS. They’ve been my family for 15 years. They not only tolerate me, they embrace my extremely disturbing storytelling sensibilities.”

The series was created by Kurt Sutter, who will Executive Produce the show with award-winning producers Brian Grazer, Francie Calfo and Paris Barclay. Sutter wrote the script for the pilot, which was directed by Barclay. The project is being produced by Fox 21 Television Studios and FX Productions.

Sutter was the Creator and Showrunner of Sons of Anarchy, which concluded its seven-season run on FX in December with the most-watched season in its entire run.