Harkening back to it’s now cult classic predecessor, The Connection was entirely shot on 35 mm. The movie is described as a stylish, 70’s-period crime thriller inspired by true events. The gritty film tells the story of real-life Marseilles magistrate Pierre Michel (Jean Dujardin) and his relentless crusade to dismantle the most notorious drug smuggling operation in history – the French Connection. In his crosshairs is charismatic and wealthy kingpin, Gatean “Tany” Zampa (Gilles Lellouche), who runs the largest underground heroin trade into the United States. Though the fearless and tenacious Michel, aided by a task force of elite cops, will stop at nothing – including boldly orchestrated drug raids, devastating arrests and exacting interrogations – to ensure the crime ring’s demise, Zampa’s “La French” always seems one step ahead.

As La French mounts its retaliation, Michel will be forced to make the most difficult decision of his life: to continue waging his war, or ensure his family’s safety, before it’s too late.

The Connection is director and co-writer Cédric Jimenez’ second feature film following Aux Yeux de Tous. A native of Marseilles, a city long known for its drug trafficking activities, Jimenez brings a keen knowledge of location to his new film. The movie was co-written by Audrey Diwan.

Check out the new trailer and poster for The Connection, below. 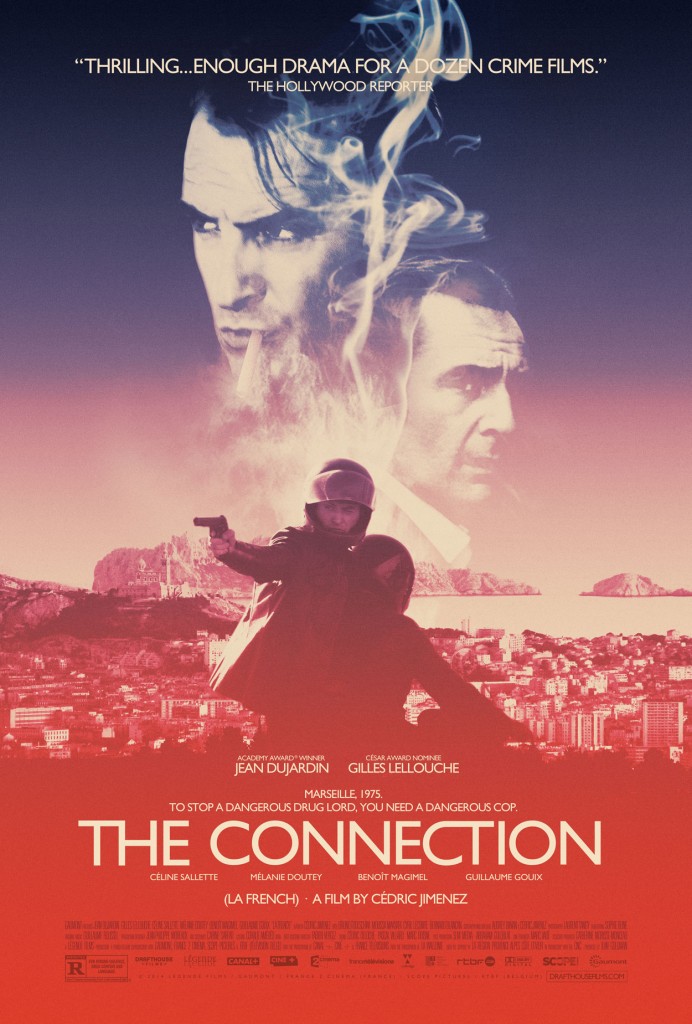