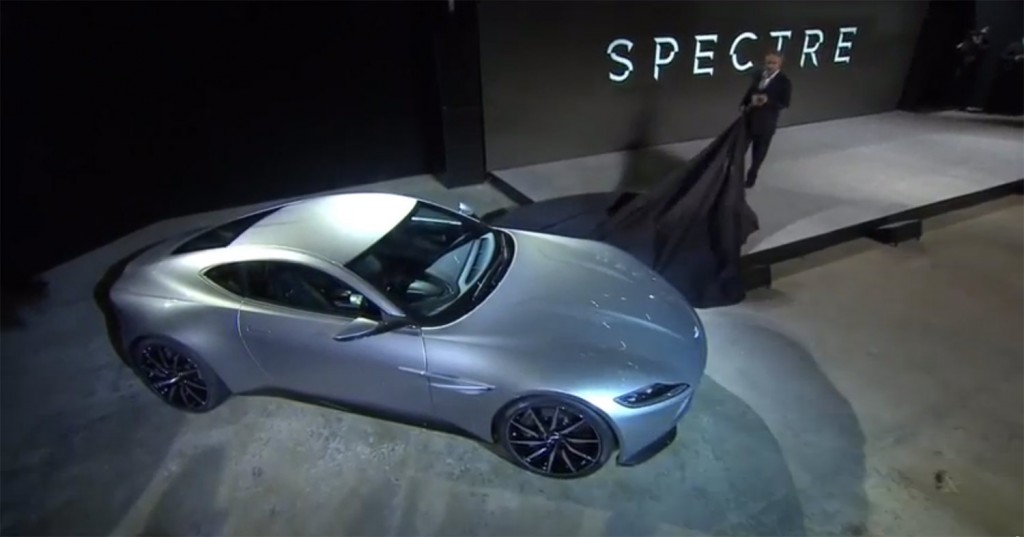 Filmmaker Sam Mendes, who will direct the 24th James Bond film, revealed Thursday at a special event from the 007 Stage at London’s Pinewood Studios that was live fed around the world, that James Bond 24 will be titled Spectre. The filmmaker also announced that the cast includes Christoph Waltz, Monica Bellucci and Lea Seydoux.

In addition to Daniel Craig returning as the British super spy for his fourth Bond film, returning cast members include Ralph Fiennes as M, Naomie Harris as Eve Moneypenny, Ben Whishaw as Q, and Rory Kinnear as Bill Tanner. It was also revealed that Christoph Waltz will play Oberhauser, Monica Bellucci is Lucia Sciarra, Lea Seydoux is Madeleine Swann, Dave Bautista is Mr. Hinx, and Andrew Scott is Denbigh.

The new 007 vehicle of choice will be the Aston Martin DB10.

Spectre is set for a global release on November 6, 2015, and begins when a cryptic message from Bond’s past sends him on a trail to uncover a sinister organisation known as Spectre. While M battles political forces to keep the secret service alive, Bond peels back the layers of deceit to reveal the incredible truth behind Spectre.

The film starts principal photography on Monday and will be shot over seven months at Pinewood Studios, along with several global locations, including London, Rome, Tangier & Erfoud in Morocco, Mexico City, and Sölden, Obertilliach & Lake Altaussee in Austria.

Check out the entire announcement for James Bond 24 – Spectre, below.