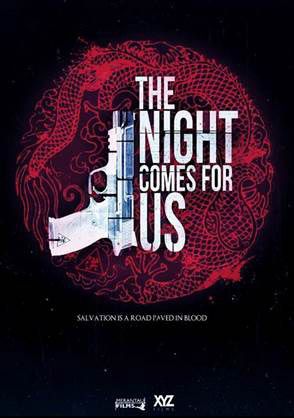 Radius TWC has announced that it has acquired North American rights to the upcoming action thriller The Night Comes for Us, which will reunite Timo Tjahjanto (Killers, The ABCs of Death) and Gareth Evans (The Raid: Redemption) for their second collaboration behind the camera. Timo will direct while Gareth will produce and handle action direction.

The Night Comes for Us will also reunite the stars from cult hit The Raid: Redemption, with Iko Uwais providing the film’s action choreography. Taslim (also seen in the 6th installment of The Fast and the Furious) and Yayan Ruhian will star in the lead roles. Evans will produce the new project alongside Maya Barack Evans of PT Merantau Films and XYZ Films’ Nate Bolotin, Aram Tertzakian, Nick Spicer and Todd Brown.

The crime thriller The Night Comes for Us centers around a mobster (Taslim) who returns to his local crime family in Jakarta only to find himself trapped in a word of betrayal and chaos.

According to Radius’ Tom Quinn, “Timo and Gareth are leading the way for a whole new generation of genre directors. We’re big fans of theirs and couldn’t be more excited to come aboard early.”

XYZ Films goes on to say, “We are thrilled to collaborate with Radius on what we believe will be the next chapter in action film from Indonesia. Tom and Jason’s genuine passion for the genre and support of the filmmaking team’s vision is precisely what we are looking for in a North American distribution partner.”

The Night Comes for Us is scheduled to be released in 2015.