On January 14th, IFC Films will release the highway thriller Blue Caprice, which dramatizes the notorious Beltway sniper attacks of 2002 from the point of view of the perpetrators, whose distorted father-son relationship facilitated their bloody journey across America. To celebrate the release of this intense drama on home video, Film Fetish is giving away 2 copies of the the DVD to readers.

In order to have a chance to win a free copy of Blue Caprice on DVD:

“LIKE” this posting using the Facebook button above the text ON THIS PAGE, PLUS make sure you’ve “LIKED” our Facebook page at Facebook.com/filmfetish. Lastly, post the following on our Facebook Timeline: “I just entered the Blue Caprice DVD Contest @filmfetish #filmfetish #bluecapricemovie.” Your entries will not be accepted if you do not follow these instructions and please note that we check profiles to assure fairness. Do not create multiple Facebook profiles or “contest” profiles in order to enter our contests.

Blue Caprice dramatizes the notorious and horrific Beltway sniper attacks of 2002 from the point of view of the two perpetrators, whose distorted father-son relationship facilitated their long and bloody journey across America. Recently abandoned by his mother, teenager Lee Malvo (Tequan Richmond) finds an unlikely father figure in John Allen Muhammad (Isaiah Washington, Grey’s Anatomy), who takes the boy in and shows him the moral decay of the society that declared him unfit to be a husband and parent. Before long the impressionable Lee follows in John’s footsteps and learns to kill in vengeance. When John obtains the whereabouts of his estranged wife and children, he outfits a blue Chevy Caprice with a shooting bay and he and Lee head for Maryland. What follows in this “masterfully controlled thriller” (David Rooney, The Hollywood Reporter) is a weeks-long assault that held the nation’s capital in fear as the duo’s sniper attacks took the lives of innocent men, women and children until their apprehension by police. “Propelled by the rending, riveting performances of Washington and Richmond” (Peter Travers, Rolling Stone), Blue Caprice paints a riveting portrait of 21st-century America and is a haunting depiction of two cold-blooded killers that endures long after the final frame. 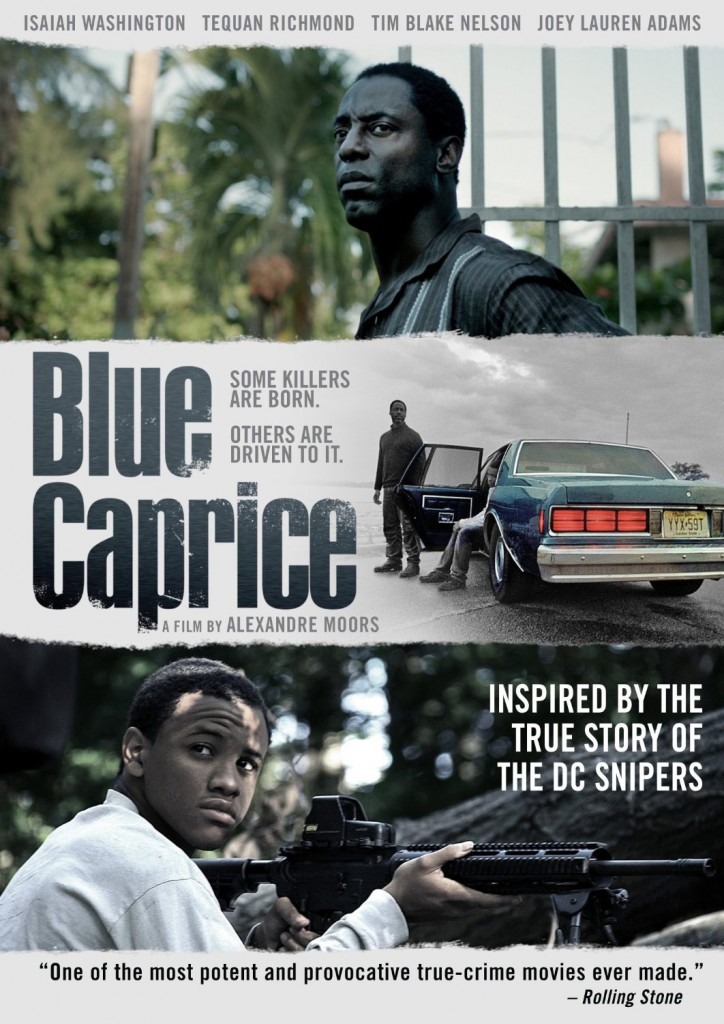