Radius-TWC has revealed new images from Lovelace, the Linda Lovelace biopic, which will be released in theaters and on demand August 9th, 2013. 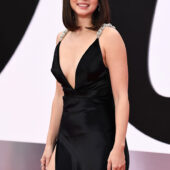