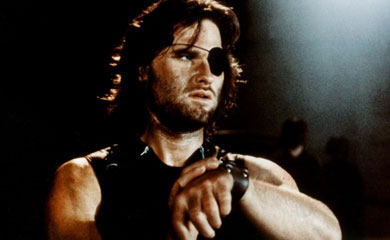 Entertainment Weekly and the American Cinematheque are sponsoring the Cape Town Film Festival, which makes its debut with a 7-day event starting this Wednesday. Sci-fi, super-hero and fantasy fans will have the opportunity to see their cult favorite films return to the big screen along with rare live Q&A sessions with their filmmakers and stars – plus a surprise or two.

Some highlights of the festival include a screening of John Carpenter’s cult classics The Thing and Escape From New York, with Q&A’s featuring John Carpenter, and Snake Plissken himself Kurt Russell. Carpenter will be interviewed prior to The Thing and Russell will be interviewed after the Escape From New York screening. Edgar Wright, Jason Schwartzman, Mary Elizabeth Winstead and Bryan Lee O’Malley will stop by this Wednsday, May 1st, for a Q&A before a screening of Scott Pilgrim Vs. the World. Terry Gilliam will also make an appearance during a Q&A after a screening of Twelve Monkeys on Sunday, May 5th. Leonard Nimoy will attend a Q&A after a screening of the 2009 version of Star Trek next Monday, May 6th.

Check out the entire schedule for the Cape Town Film Festival, to which organizers have released a limited number of tickets to all previously sold out shows.

Wednesday, May 1 – 7:30pm
Shaun of the Dead
Q&A after the film with Edgar Wright

Thursday, May 2 – 7:30pm
The Thing
Q&A before the film with John Carpenter

Friday, May 3 – 7pm
Escape From New York
Q&A after the film with Kurt Russell
Bonus: Advance Screening of TNT’s Falling Skies Season 3 Premiere, with Noah Wyle and other cast members in person.

Sunday, May 5 – 1pm
Coraline
Q&A after the film with Neil Gaiman and Travis Knight

Sunday, May 5 – 4pm
The Goonies
Q&A after the film with Richard Donner

Sunday, May 5 – 8pm
Twelve Monkeys
Q&A after the film with Terry Gilliam

The Entertainment Weekly Cape Town Film Festival will take place from April 30th – May 6th, 2013, at American Cinematheque at the Egyptian Theatre, located at 6712 Hollywood Blvd., in Los Angeles, California. Find out more about the festival at egyptiantheatre.com.