I had just graduated from college and briefly moved to New Brunswick, New Jersey and a roommate of mine gave me a copy of Orson Scott Card’s Ender’s Game to read. A big deal for me because I hadn’t been reading much at the time. From the moment I opened to the first page I was captivated by the story of Ender Wiggin, a shy, but strategically brilliant boy who’s pulled out of his school to join an elite International Military Unit that’s being prepped to battle a hostile alien race called the Formics. Ender’s Game ingited my love of science fiction literature (outside of comics).

Needless to say I’m excitedly anxious to see what Summit Entertainment does with Orson Scott Card’s rich material. Gavin Hood wrote the script and directs Ender’s Game. he goes from critically acclaimed material such as Tsotsi (which he also wrote) and Rendition – to so, so studio projects, such as X-Men Origins: Wolverine. We’ll be waiting until November 2013 to see what he and Summit Entertainment come up with.

For now, check out the official synopsis and an image from Ender’s Game, below. I’ve also added more details about the film at the bottom as part of our new Snapshots Film Library.

In the near future, a hostile alien race (called the Formics) have attacked Earth. If not for the legendary heroics of International Fleet Commander, Mazer Rackham (Ben Kingsley), all would have been lost. In preparation for the next attack, the highly esteemed Colonel Graff (Harrison Ford) and the International Military are training only the best young children to find the future Mazer. Ender Wiggin (Asa Butterfield), a shy, but strategically brilliant boy is pulled out of his school to join the elite.

Arriving at Battle School, Ender quickly and easily masters increasingly difficult war games, distinguishing himself and winning respect amongst his peers. Ender is soon ordained by Graff as the militarys next great hope, resulting in his promotion to Command School. Once there, hes trained by Mazer Rackham, himself, to lead his fellow soldiers into an epic battle that will determine the future of Earth and save the human race. 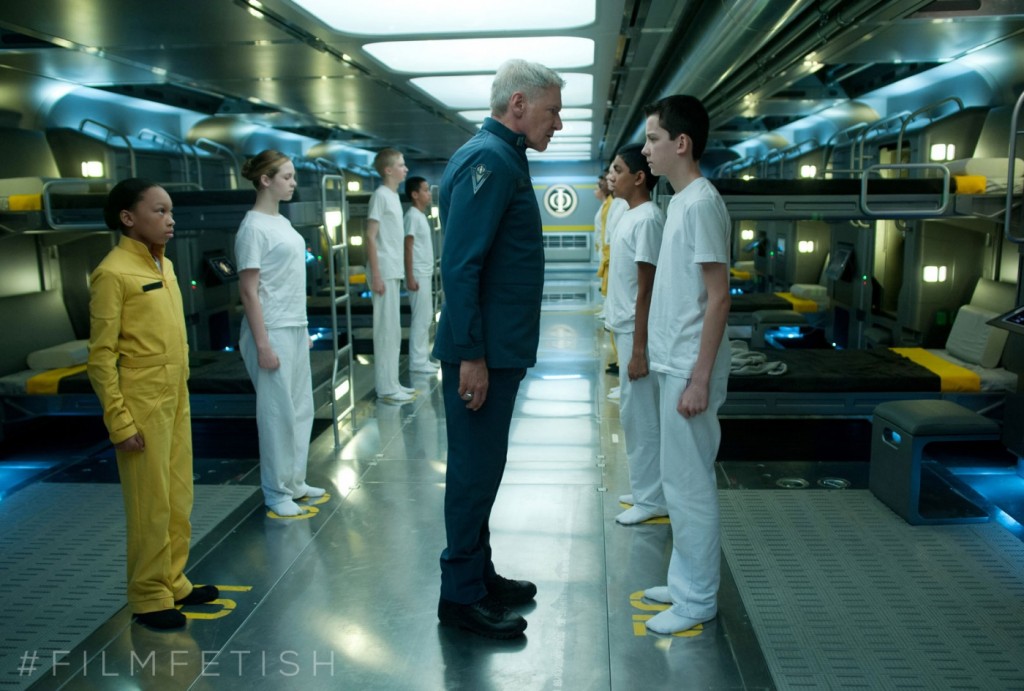