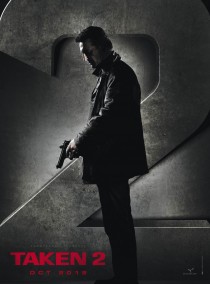 Deadline reports that director Olivier Megaton, who previously directed the Luc Besson-produced films Taken 2, Colombiana and Transporter 3, has been tapped by Emmett Furla Films to helm the action thriller Taking Gotham. The Thomas Kelly-written film is based on actual events and centers on a secret unit of the NYPD that was created in response to a string of brutal robberies in New York City. After a deadly sting operation, the elite unit is disavowed by the police force, driving them to go deep underground in order to clear their names. Production will commence next March with casting to start immediately. Taking Gotham had Brass Monkey helmer Nicolai Fuglsig attached.

Emmett Furla Films wrapped a bunch of films this year, including the Allen Hughes-directed Broken City with Mark Wahlberg and Russell Crowe; 2 Guns with Wahlberg and Denzel Washington; and Lone Survivor, the Peter Berg-directed drama that also stars Wahlberg.