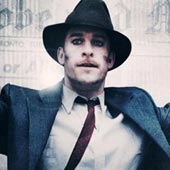 Today IFC Films has released the fact-based gangland epic Citizen Gangster. The film tells the true story of Edwin Boyd, postwar Toronto’s most famous criminal. To celebrate the release of Citizen Gangster, FilmFetish is giving away 3 copies of the DVD to readers.

In order to be entered into the Citizen Gangster random drawing:

I’ll be running the Citizen Gangster contest through Monday, September 24, 2012.

Based on the true story of Edwin Boyd, postwar Toronto’s most famous criminal, Citizen Gangster is a powerful tale of one man’s rise from obscurity to criminal celebrity and the dangerous price he pays for it. Eddie Boyd (Scott Speedman, The Moth Diaries, The Strangers) has returned from World War II dismayed by public indifference toward veterans and his inability to fulfill his dream of being a Hollywood star. Moreover, his veteran status does nothing to help provide for his children and wife Doreen (Kelly Reilly, Sherlock Holmes, Pride & Prejudice). Seeing only disappointment in the face of his policeman father (Brian Cox, Rise of the Planet of the Apes, Zodiac, The Bourne Identity), Eddie becomes desperate and starts to rob banks. But what starts as “friendly” robberies evolves into a folk hero career not unlike that of Clyde Barrow or Butch Cassidy, in which crime and love mix with explosive results. Named Best Canadian First Feature at the 2011 Toronto International Film Festival, Nathan Morlando’s Citizen Gangster was critically praised upon its theatrical release, with Scott Speedman singled out as “quietly charismatic” (Gary Goldstein, Los Angeles Times), giving his “career-best turn” (John Semley, AV Club). 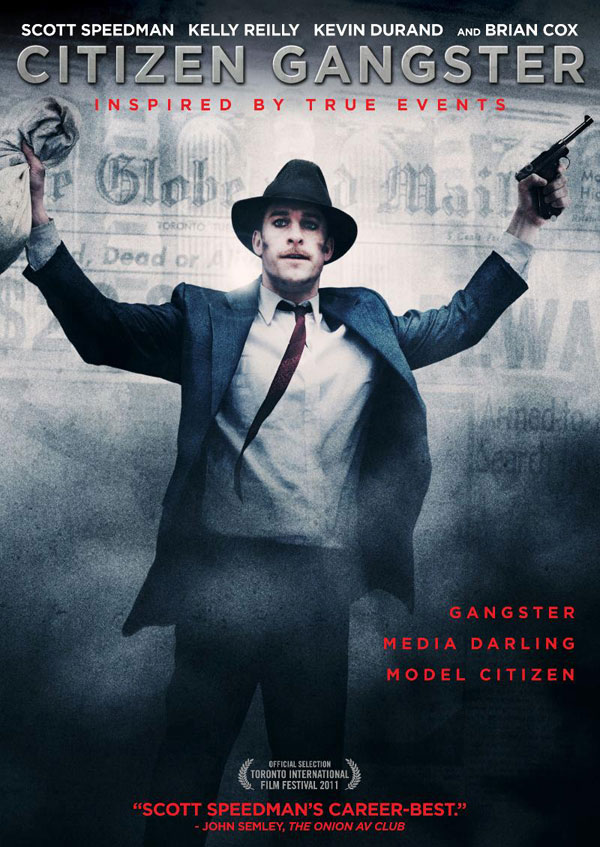