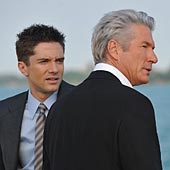 While The Double takes place in present-day Washington, D.C., the film has its roots firmly set in the Cold War, with Richard Gere playing a Soviet assassin with mysterious motives. What isn’t mysterious is that early on in The Double, Richard Gere’s true identity is revealed to the audience – retired CIA operative Paul Shepherdson is not what he appears to be. He’s the very Eastern Bloc hit man, code-named Cassius, that the Company is tracking, after he comes out of retirement and kills a U.S. senator. This leaves the viewer wondering how long until he’s found out and how interest will be maintained for the remainder of the film. However, there are many more twists yet to be revealed for double agent Shepherdson and his young partner Ben Geary (Topher Grace).

To start things off, a United States senator gets his throat slit at a strange angle, right under the watchful eye of the Secret Service. Analysts and CIA supervisor Tom Highland (Martin Sheen) are sure this is the MO of infamous Soviet hit man Cassius, quiet these last twenty years since other members of the so-called ‘Cassius Seven’ were caught or killed. The undisputed expert on the legendary assassin, retired Paul gets called in but insists the man is dead and at first refuses to be re-recruited to team up with the FBI’s bright-eyed Geary, who researched his Master’s thesis on Paul and Cassius.

Geary is convinced they are dealing with the original killer, while Paul suggests a copycat followed the elusive murderer’s methods. The two come to appreciate, protect and cover for one another, as their “investigation” takes them through Russian trailer parks and prostitution, illegal labor in shipping warehouses, and a search among skeleton-containers where Paul inexplicably does not react to or report sighting their quarry.

The Double is a convoluted movie, and certainly far from perfect, but it’s an interesting study in traditional espionage storytelling, and is worth a watch, if you’re a fan of the genre. Stephen Moyer is great as ‘Brutus’, a former member of the ‘Cassius Seven’, and Odette Yustman also does a fine job as the concerned and confused wife of Agent Geary.

The ommentary with Co-Writer & Director Michael Brandt and Co-Writer & Producer Derek Haas provide a great deal of information about the background of the script and the changes it underwent during production. Brandt also details the contributions of cinematographer Jeffrey Kimball, pointing out numerous shots that were enhanced by visual effects in ways that aren’t obvious. The partners tell numerous stories from the set, many illustrating the challenges of working under time and budget constraints. They also give thanks for the support of the cast and crew on a film that wasn’t offering a big payday.

The trailer is also on the disc, in HD. 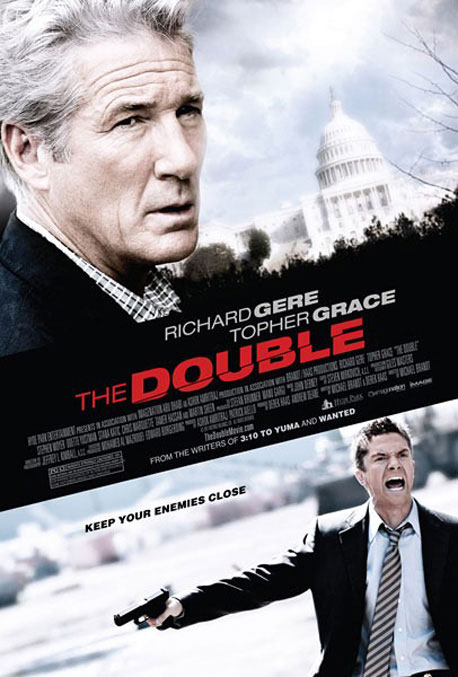