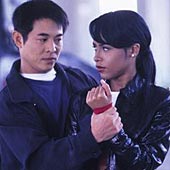 Hannibal Productions has signed Romeo Must Die director Andrzej Bartkowiak to helm the extreme action-adventure feature Beneath the Deep. The announcement was made by Hannibal producer and CEO Richard Rionda Del Castro.

Beneath the Deep will start production in March of 2012 in Puerto Rico. Producing the feature along with Rionda Del Castro is Armand Speca, who has wrote the screenplay. Executive producing are Patricia Eberle, Douglas W. Miller, Jeff Andrick and Anthony Gudas.

Bartkowiak, well versed in the action genre, has directed such films as: Jet Li’s Romeo Must Die, Street Fighter: The Legend of Chun-Li and Cradle to the Grave; Doom starring Karl Urban and Dwayne Johnson; and Exit Wounds starring Steven Segal, Eva Mendes and DMX. Bartkowiak is also recognized as one of film’s finest cinematographers worldwide. As a director of photography, he has collaborated with directing icons that include: Sidney Lumet, Taylor Hackford and Joel Schumacher, shooting many impressive high profile films such as The Verdict, Prince of the City, Thirteen Days, Lethal Weapon 4, The Devil’s Advocate, Dante’s Peak, The Mirror Has Two Faces, Speed, Prizzi’s Honor and Terms of Endearment.

Beneath the Deep follows a group of tourists as they journey to the beautiful Caribbean in search of an underwater adventure. However, natural forces strand them in a vacation spot from hell where they must contend with unexpected visitors that view them as intruders and a threat to their own survival.