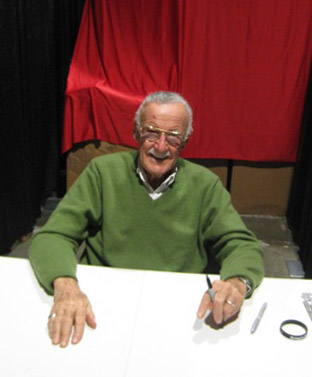 The Comikaze pop culture convention at the LA Convention Center in downtown Los Angeles was altogether a surprise hit even though it was the inaugural year. Typically first year shows have a hard time drawing crowds but in this case the high profile guests and low entrance fee made it an easy decision for convention goers.

The three guests of honor who seemed to have gotten the most attention (and well deservedly) were the Mistress of the Dark: Elvira, Stan Lee the co-creator of many of Marvel Comics’ characters and Mark Hamill or as most people know him Luke Skywalker. There were long lines for both Stan and Elvira where fans paid a generous fee for an autograph from these pop culture icons. Meanwhile, Mark Hamill made a rare appearance to promote “Sushi Girl” a new feature film and also to answer a few questions for the audience beforehand regarding lending his voice to the popular Batman villain the Joker for the last 20 years including in the new Arkham City video game.

The rest of the guests were a mix from Hollywood and different genres and categories including Ernest Borgnine, Morgan Fairchild, the standard group of Star Trek cast members from the TV shows, and comic creators that included a crew from DC Comics’ recent reboot that is still getting press; Eric Wallace (“Mr.Terrific”), Mike Johnson (“Supergirl”), Philip Tan (“The Savage Hawkman”), JT Krul (“Green Arrow” and “Captain Atom”), Brian Buccellato (“The Flash”), and Joshua Fialkov (“I, Vampire”). Speaking of comic books, I also talked a while with comic artist Mike McKone who is currently drawing “Spiderman: Fear Itself ” and he helped me understand the changes in the creation of comic book art that have happened over the past few years. The fact that a good percentage of the artists are actually doing their initial layouts (or pencils as they were previously known) on the computer and then inking them manually so that there is still that source of revenue for them to sell their art to fans and collectors. Thanks for the insight Mike!

There was plenty to do and see including 4 different panel rooms each booked for the entire day with a variety of subjects, vendors galore selling their wares, tattoo artists performing their trade right there on the convention floor and many Cosplayers who have become such an integral part of the convention scene. One young man built an Iron Man costume that lit up and then had Stan Lee sign it. Overall a good time was had by all and I congratulate the Comikaze staff on putting together a very entertaining show. I look forward to next year!

Check out images from L.A. Comikaze below. 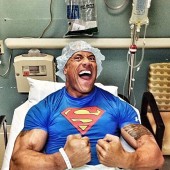