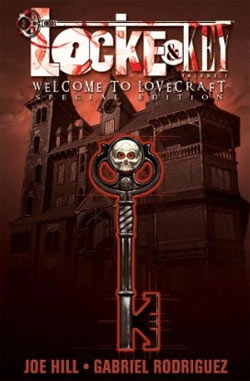 The most talked-about pilot not on the Fall schedule was the Fox production of Locke & Key. After a smash-hit screening at San Diego Comic-Con that left fans wanting more, Locke & Key is making its way to the east coast for a one-time only screening at New York Comic-Con 2011. Come watch the special filmed adaptation of “Welcome to Lovecraft” and see the Eisner-winning comic brought to life, with an introduction by IDW’s Ted Adams.