Join stars Danny McBride, James Franco, Justin Theroux and director David Gordon Green of Universal Pictures’ Your Highness for an exclusive preview of the epic comedy adventure from the director of Pineapple Express. In Your Highness, Danny McBride and James Franco star as two princes on a daring mission to rescue the heir apparent’s fiancée Belladonna (Zooey Deschanel) before their kingdom is destroyed.

The Universal Pictures’ Your Highness preview takes place Saturday, October 9th, from 10:30 AM to 11:00 AM in the IGN Theater.

Check out some photos from Your Highness, which hits theaters on April 8, 2011, below (from Worst Previews). 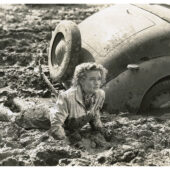